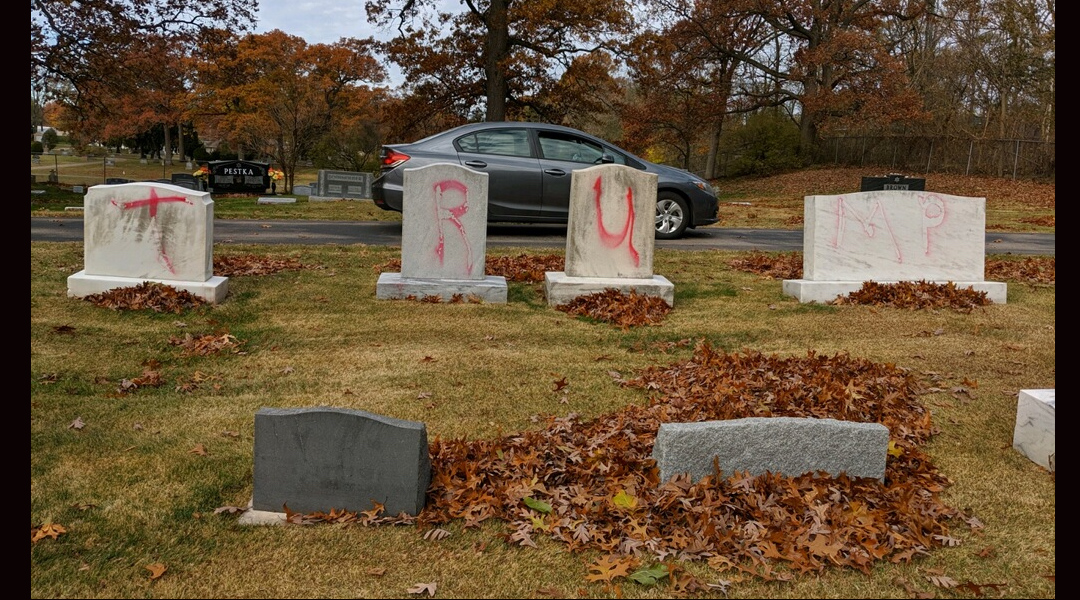 Hours before President Donald Trump arrived in Grand Rapids, Michigan, for his final campaign rally, police received a report that several tombstones in a Jewish cemetery there were spray-painted with messages in support for the president.

The Anti-Defamation League of Michigan shared photos Monday of tombstones in the Ahavas Israel Cemetery that had been defaced with “Trump” and “MAGA” in red spray paint.

“We are in close touch with the Jewish community and Law Enforcement to investigate this vandalism,” the civil rights organization said on Twitter.

The incident was reported around 11 a.m. on Monday, but the vandalism may have occurred three to five days before it was discovered, said Sgt. John Wittkowski of the Grand Rapids Police Department.

Wittkowski said police have no leads because the Ahavas Israel Cemetery is in a relatively isolated area next to cemeteries of multiple denominations with no cameras.

When asked if he believes the attack was anti-Semitic, he said it’s unclear.

Cornel West Resigns from Harvard’s School of Divinity, Saying University is in a State of ‘Spiritual Rot’ and ‘Decay and Decline’