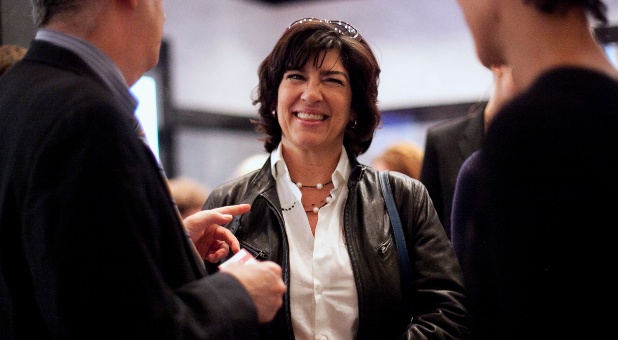 Israeli leaders are calling on CNN anchor Christiane Amanpour to apologize for comments she made comparing President Donald Trump’s actions to Kristallnacht, a Nazi-organized massacre against Jews in 1938 widely seen as a key starting point for the Holocaust.

“This week, 82 years ago, Kristallnacht happened,” Amanpour said Thursday at the beginning of her CNN’s foreign affairs program. “It was the Nazis’ warning shot across the bow of our human civilization that led to genocide against a whole identity and in that tower of burning books, it led to an attack of fact, knowledge, history and truth.”

She continued, saying: “After four years of a modern-day assault on those same values by Donald Trump, the Biden-Harris team pledges a return to norms, including the truth. And every day, Joe Biden makes presidential announcements about good governance and the health and security of the American people, while the great brooding figure of his defeated opponent rages, conducting purges of perceived enemies and preventing a transition.”

In response, Israel’s consul-general to the southeastern U.S., Anat Sultan-Dadon, wrote a letter to Richard Davis, CNN’s executive vice president of News Standards and Practices on Sunday demanding an apology from Amanpour and the network. CNN is based in Atlanta.

“The use of the 82nd anniversary of Kristallnacht by Amanpour for the purpose of this comparison is an affront to the memory of the Holocaust, those who perished and those who suffered through these unimaginable atrocities,” Sultan-Dadon wrote, The Jerusalem Post reported.