Hurricane Eta strengthened to a Category 4 major storm Monday afternoon, threatening to bring “catastrophic” damage to parts of Central America and the Caribbean over the next few days, the National Hurricane Center warned.

Eta was predicted to make landfall late Monday or early Tuesday near the Nicaragua-Honduras border as a strong Category 4 hurricane, with winds estimated at 150 mph.

Storm surge up to 18 feet above normal tides was also possible for the coast of Nicaragua.

As of 4 p.m. ET Monday, Eta had maximum sustained winds of 130 mph and was located about 70 miles east of the Nicaragua-Honduras border, according to the Hurricane Center. It was moving west-southwest at 9 mph.

Eta, the fifth major hurricane of 2020, is now the strongest Atlantic hurricane in November in 12 years, since Paloma in 2008, according to Colorado State University meteorologist Phil Klotzbach.

A hurricane warning was in effect for coastal Nicaragua.

Forecasters said central and northern Nicaragua into much of Honduras could get 15 to 25 inches of rain, and 35 inches was possible in isolated areas. Heavy rains also were likely in eastern Guatemala, southern Belize and Jamaica.

What’s going on in Belize? American daughter-in-law of British Lord, Lord Ashcroft, is arrested after police chief is shot dead in the Caribbean 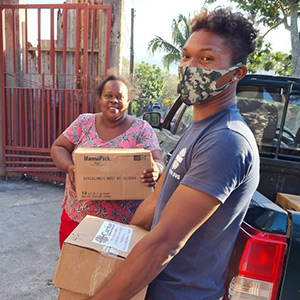 Cuba Braces for Storm Eta after Devastation in Central America