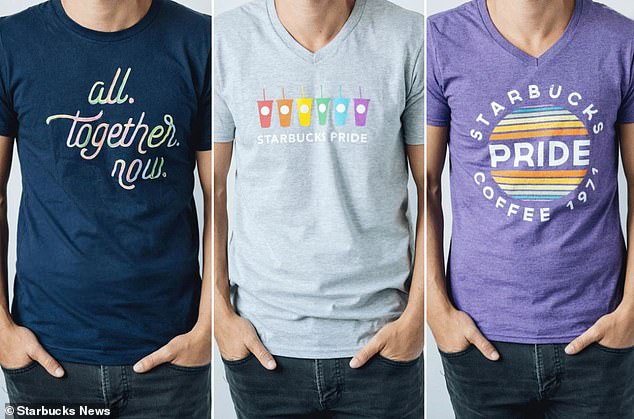 A New Jersey Starbucks barista has claimed that she was fired for refusing to wear a Pride T-shirt because of her religious beliefs as a Christian.

Betsy Fresse, from Newark, who started at the Glen Ridge store in 2019, claimed she was wrongfully dismissed for refusing to wear an official Starbucks Pride T-shirt.

Ms Fresse, who started at the company in 2015, was invited to a meeting with her co-workers and manager in June last year where she spotted the box of Pride T-shirts.

In the lawsuit, which was filed last week by the U.S. District Court for the District of New Jersey, Ms Fresse allegedly asked her manager if she would be required to wear one but was told she would not.

The barista claimed she was contacted weeks later by the Starbucks’ ethics and compliance helpline concerning her request to not wear a Pride T-shirt.

She told the representative that she did not want to wear the T-shirt ‘because her religious beliefs prevented her from doing so’, in the lawsuit according to NBC.

Ms Fresse was notified on August 22 2019 that she had been dismissed because ‘her comportment was not in compliance with Starbucks’ core values’.

In the notice of separation Ms Fresse allegedly told her co-workers that they ‘need Jesus’ when she was handed the T-shirt.