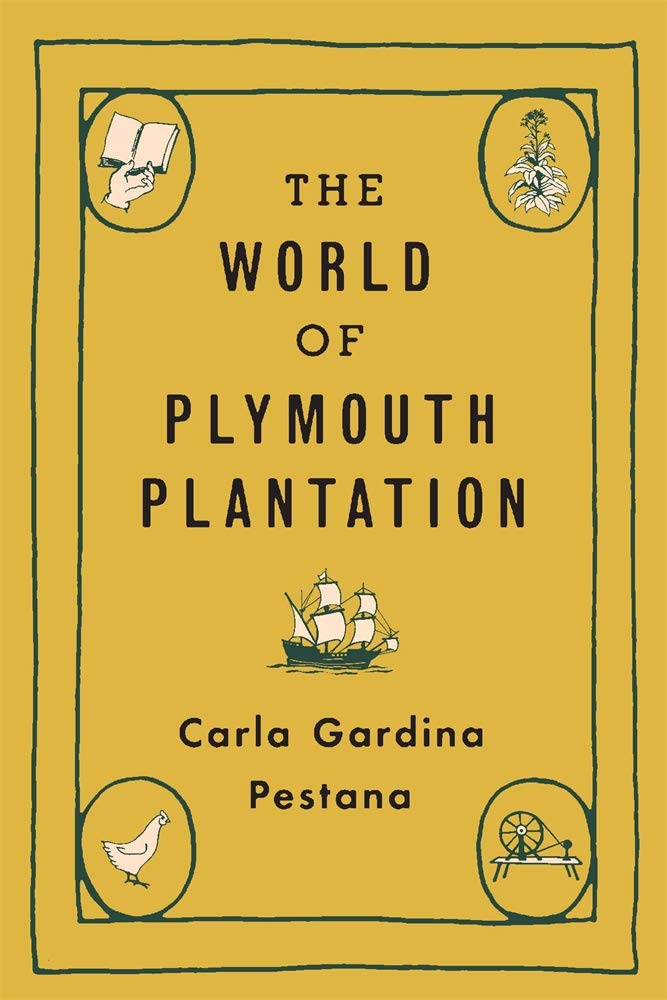 This review is by Robert Tracy McKenzie, who teaches history at Wheaton College. He is the author of The First Thanksgiving: What The Real Story Tells Us About Loving God and Learning from History (IVP Academic) and a forthcoming book We the Fallen People: The Founders and the Future of American Democracy, which releases next summer from InterVarsity Press.

This December marks 400 years since the Mayflower dropped anchor in Plymouth Harbor, and for the past 200 years the story of its passengers has loomed large in American memory. Generations of schoolchildren have learned its basic plot: how a tiny band of plain men and women, desperate for a better life, crossed the stormy Atlantic and endured unimaginable hardships in a strange land where, with the help of their Native American neighbors, they managed to endure and even to flourish.

But how well do we know this group that the 19th century would christen “the Pilgrims”? Not well at all, as it turns out. With her new book The World of Plymouth Plantation, UCLA historian Carla Gardina Pestana joins a long line of scholars who have tried to set the record straight over the years, seeking to challenge, complicate, and enrich our understanding of the story we think we already know. The result is a book that is generally informative and interesting but rarely edifying.

A Little Bit About a Lot of Things

Pestana rightly laments that we condense the history of the Pilgrim colony into a series of discrete, still-life vignettes: the signing of the Mayflower Compact, the landing at Plymouth Rock, the celebration of the first Thanksgiving. She is correct in noting that Americans have mythologized each of those historic moments. If later generations insisted that the Mayflower Compact was “an early expression of democratic striving,” the Pilgrims in reality gave “no indication of wanting to escape their status as subjects of a king.” Although more than a million tourists flock to Plymouth annually to file past a shrine erected over the Pilgrims’ supposed landing site, “those who designated a rock as the landing site … conveyed an astonishing ignorance about sailing.” And the 1621 celebration we remember as the first Thanksgiving was not what the Pilgrims would have considered a true Thanksgiving holy day but rather an English harvest festival devoid of religious overtones.

Pestana offers these corrections without dwelling on them. Her goal is less to debunk our understanding of these iconic moments than to draw our attention away from them—not because they are unimportant but because they “limit our insight.” By wrenching these events from their context, we not only predictably misunderstand them; we perpetuate our tendency to make the Pilgrims into two-dimensional symbols rather than complex human beings. Pestana’s objective is to reconstruct the Pilgrims’ “world”—to reintegrate “the plantation into its own time and place.”

Toward this end, she tells us a little bit about a lot of things. She begins with the critical contribution of women to the colony’s survival; for all the commemoration of the “Forefathers,” it was “in fact the women, as wives and mothers, who made the plantation a lasting presence in southern New England.” From there she discusses the Pilgrims’ clothing, houses, and diet; their patterns of land use and labor practices; their guns, books, livestock, trading activities, forms of governance, and religious beliefs.

Much of this is brief, vague, and colorless. Her favorite adjective is English, a descriptor that Pestana evidently thinks will convey more to her readers than it probably does. One of her main points is that the Pilgrims sought to recreate the Old World in the New, that they aspired to build a familiar home in a strange land by transplanting English rural culture to North America. And so they brought “English” foods, built “English-style houses,” wore “English clothes.” Her description of what “English” meant in these cases is thin at best, unfortunately. This is not a book that helps readers see its subject.