The Vatican on Tuesday will release its report into the rise and fall of ex-Cardinal Theodore McCarrick, the once-influential American cardinal who was defrocked by Pope Francis in 2019 after a Vatican investigation confirmed decades of rumors that he was a sexual predator.

The McCarrick scandal is different from other cases of clergy abuse, primarily because there is evidence that Vatican and U.S. church leaders knew of his penchant for bedding seminarians but turned a blind eye as McCarrick rose to the top of the U.S. church as an adept fundraiser who advised three popes.

When McCarrick’s crimes were revealed, the scandal sparked such a crisis of confidence in the church’s U.S. and Vatican hierarchies that Francis approved new procedures to investigate bishops accused of abuse in a bid to end decades of impunity for Catholic leaders.

But beyond that, the McCarrick case has forced the Vatican to acknowledge that adults can be victims of sexual abuse, too. The Vatican has long tried to paint any sexual relations between priests and adult men or women as consensual, focusing its prevention policies on protecting minors.

But as a bishop, McCarrick held all the power in his relationships with his seminarians: to refuse his sexual advances or report his misconduct could have spelled an end to their priestly vocations and careers in the church. The Vatican’s new policies, enacted as a response to the McCarrick scandal, spell out that abuse can happen when anyone is forced “to perform or submit to sexual acts” through abuses of authority by church leaders.

Here is what we know about the McCarrick case ahead of the release of the Vatican report:

WHAT’S IT ALL ABOUT?

The archdiocese of New York announced on June 20, 2018 that it had determined that an allegation that McCarrick sexually molested a minor was “credible and substantiated.” The allegation was lodged by a former altar boy who said McCarrick fondled him when he was a teenager during preparations for Christmas Mass in St. Patrick’s Cathedral in 1971 and 1972. The allegation was the first against McCarrick involving a minor, and as such triggered the investigation.

On the same day, McCarrick’s former dioceses of Newark and Metuchen, New Jersey, revealed they had settled two of three allegations of sexual misconduct by McCarrick involving adults in 2005 and 2007. Subsequently, James Grein came forward detailing the abuse he suffered at the hands of McCarrick, a family friend, starting when he was 11. Other former seminarians have since described the harassment and abuse they endured while “Uncle Ted,” as McCarrick liked to call himself, was their bishop in New Jersey, forced to sleep in his bed during weekend trips to his beach house.

McCarrick, 90, was defrocked last year after the Vatican determined he sexually abused adults and children, including during confession.

McCarrick has said he was innocent of the fondling accusation but accepted the pope’s sanctions.

“While I have absolutely no recollection of this reported abuse, and believe in my innocence, I am sorry for the pain the person who brought the charges has gone through, as well as for the scandal such charges cause our people,” he said in a statement June 20, 2018 after the initial fondling allegations were substantiated.

In a 2008 email McCarrick sent to the Vatican, he denied ever having sexual relations with anyone but said he had shown an “unfortunate lack of judgment” for having shared his bed with seminarians.

The McCarrick scandal took on greater dimensions on Aug. 26, 2018 when the former Vatican ambassador to the U.S., Archbishop Carlo Maria Vigano, published an 11-page expose accusing two dozen U.S. and Vatican churchmen by name of knowing about McCarrick’s misconduct since at least 2000 and hiding it. Vigano cited the case of one former seminarian who in 1994 wrote a lengthy letter to his bishop detailing McCarrick’s sexual abuse of him and others — a document that would have been turned over to the Vatican at the very least in 2004 when the man was defrocked.

Vigano demanded Francis resign, saying he had told the pope in 2013 during one of their first meetings that McCarrick has “corrupted generations of seminarians and priests, and Pope Benedict ordered him to withdraw to a life of prayer and penance.” Vigano claimed that Francis rehabilitated McCarrick from Benedict’s sanctions and turned him into a trusted adviser.

Francis initially refused to comment, but later authorized a Vatican investigation into its archives to determine who knew what and when about McCarrick, the result of which is being released Tuesday.

In 2019, Francis told Mexican broadcaster Televisa that he didn’t know anything about McCarrick’s past and didn’t remember if Vigano had raised the issue with him when they met in 2013.

In addition, Cardinal Marc Ouellet, head of the Congregation for Bishops, confirmed McCarrick had been subject to disciplinary measures for uncorroborated “rumors” of misconduct but said the Vatican’s decision for him to live a discreet life of prayer stopped short of binding canonical sanctions because the rumors lacked proof. Ouellet accused Vigano of mounting a “blasphemous” political hit job against Francis.

A former McCarrick aide, Monsignor Anthony Figueiredo, in May 2019 released excerpts of correspondence that show McCarrick was placed under written Vatican restrictions in 2008 for sleeping with seminarians, but regularly flouted them with the apparent knowledge of Vatican officials under Benedict and Francis. The correspondence shows McCarrick traveled widely during Benedict’s papacy after the restrictions were purportedly imposed, including to regular meetings at the Vatican, to Bosnia, Lebanon, Qatar, Ireland and throughout Asia — travel that continued under Francis, including to China.

After the scandal broke in 2018, photos and videos surfaced of McCarrick appearing at gala benefits — even alongside Vigano, who as the Vatican ambassador in Washington would have been responsible for enforcing any restrictions on McCarrick alongside the then-archbishop, Cardinal Donald Wuerl.

In December 2019, the Washington Post reported that McCarrick gave more than $600,000 in donations from a personal fund he controlled to powerful clerics in the U.S. and Vatican, including those who had a say in whether to investigate him. The payments underscored the common tradition among well-funded bishops and religious superiors to curry favor in the Vatican with checks.

McCarrick also helped funnel millions of dollars to three popes via the U.S. Papal Foundation, which he helped co-found to raise money from wealthy American Catholics for specific works of papal charity. 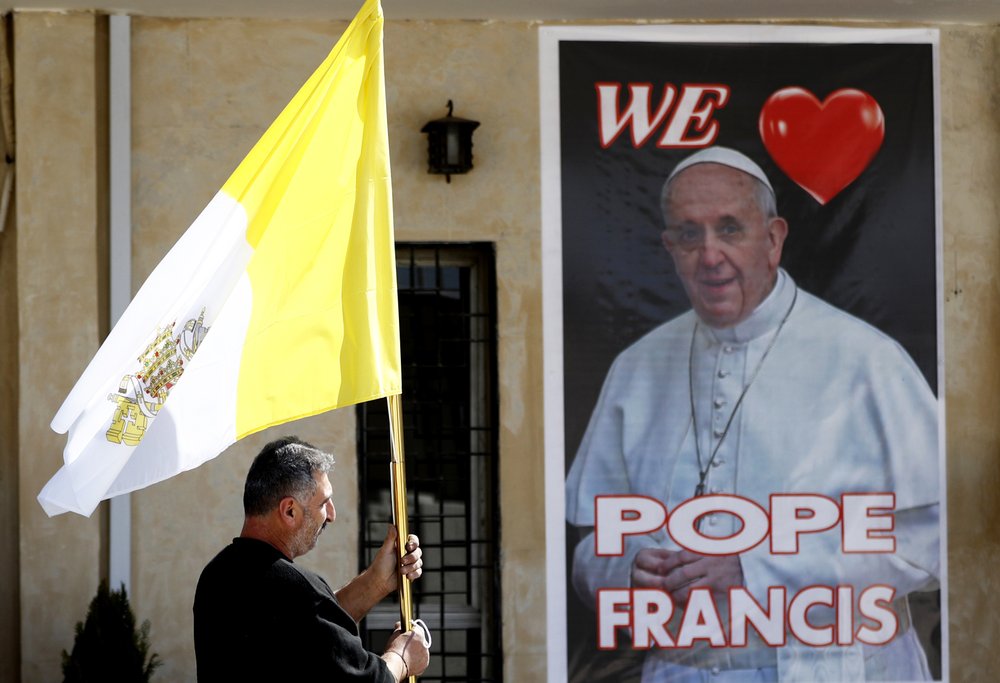 Rusty Wright on If Christian Leaders are Hypocrites, Why Should Anyone Embrace their Faith?