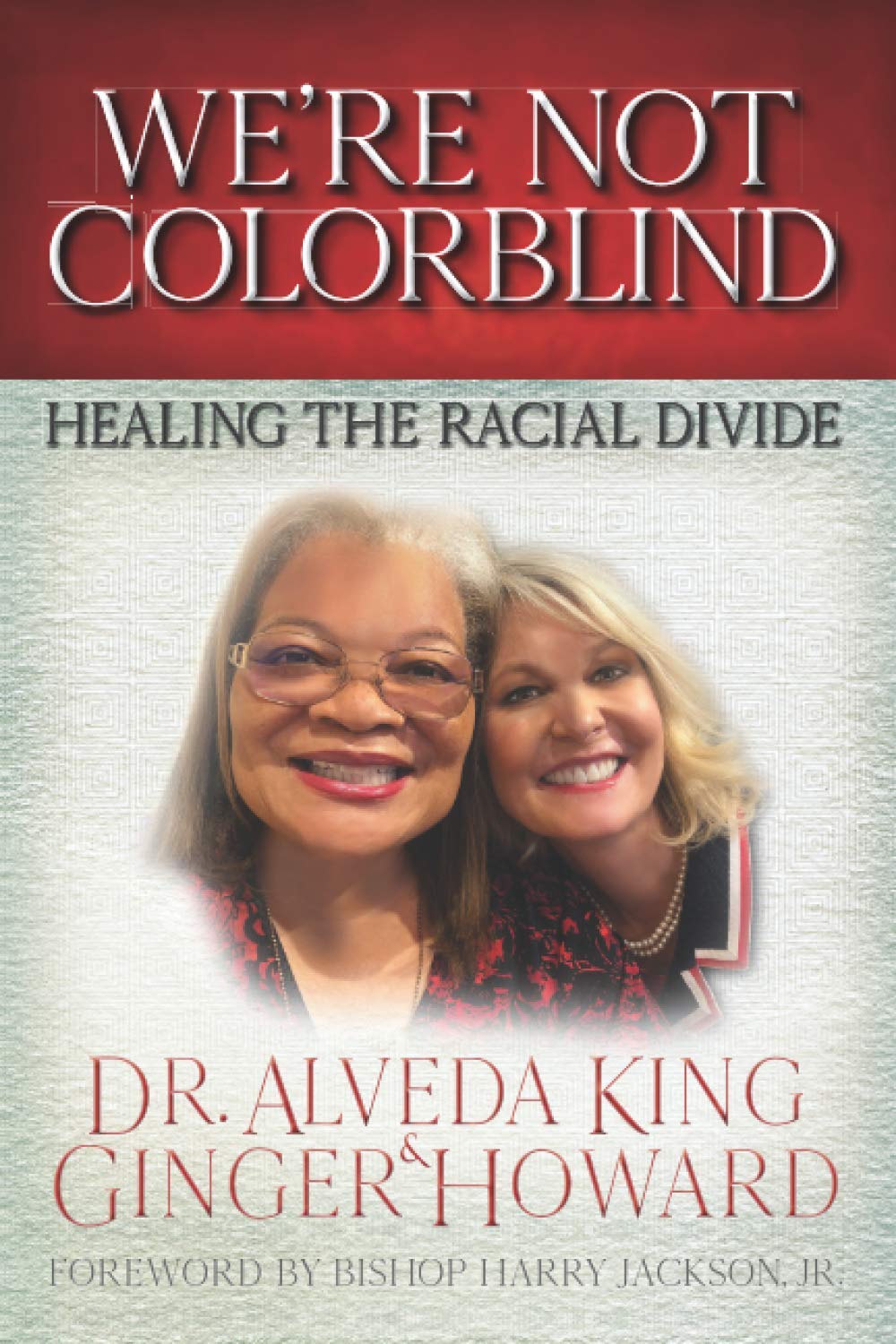 Dr. Alveda King, niece of civil rights icon Dr. Martin Luther King Jr. and director of Civil Rights for the Unborn, and Ginger Howard, Republican national committeewoman for Georgia, come from different backgrounds and cultures. Yet the two share a passion for moral and social justice.

The women met a few years ago and quickly formed a bond of sisterhood; often spending time at each other’s homes and shopping together.

They never thought about writing a book about racial reconciliation in America. That is until two years ago.

“I had a dream one night that she and I wrote a book on racial reconciliation,” Howard said during a CBN News interview with the two women. “I told her about my dream. She said, ‘Let’s do it.'”

In their new book, We’re Not Colorblind: Healing the Racial Divide, King and Howard highlight the importance of seeing people, no matter their race, in the image of God.

Also included in the book are painful memories from the women’s past, something Howard admitted that she struggled to write about, including growing up in a family with a separate bathroom for their black maid.

“It really was hard and in a way, I didn’t really want to,” Howard said. “But between Alveda and one of my little Bible study girls, she said to me one day when I was talking to her about that chapter and I said this is really hard I just don’t to put it in. And she said, ‘Ginger it’s your history. You need to, just like our country’s history, it’s ok.'”

King writes about how she once hated whites after her uncle and her father were killed during the Civil Rights Movement.

“I had feelings when my uncle Rev. Dr. Martin Luther King, Jr., was killed and the next year my dad; a week after I was married. He walked me down the aisle. He was killed and so as a college student during the time that my uncle was killed I wanted to blame white people.”

As a devoted Christian, King said she has learned the lesson of forgiveness and, more importantly, going to its source.

“I can’t forgive people on my own and when I’m feeling aught or bitterness I say Holy Spirit I just can’t do this so please will you come in and help me to do this,” said King.

Seeing the recent unrest and protests over race play out across the country, King empathizes with young minorities who are angry and demand justice but disagrees with the organization of Black Lives Matter.