At the Um Rakuba settlement in Sudan, refugees queue for helpings of cornflour porridge and put up makeshift shelters under scrubland trees, their lives upended by fighting in Ethiopia’s northern Tigray region.

Aid agencies are racing to scale up the humanitarian response in remote areas of eastern Sudan, where more than 30,000 people fleeing the fighting have arrived in under two weeks.

The United Nations is planning for as many as 200,000 refugees to arrive in the next six months and has been mobilising supplies to move people away from crowded transit points on the border to camps further into the country.

The mostly Tigrayan refugees fled with few possessions and many spent days on the run before crossing into Sudan. Aid agencies have stepped in with relief items such as jerry cans, blankets and dry food rations, but conditions remain tough at Um Rakuba, a rugged area surrounded by hills where officials are considering a camp for up to 10,000 people.

“I’ve been wearing the same clothes for 10 days because I don’t have anything else,” said 28-year-old Yohannes Gor, who arrived by foot after fleeing fighting in the Ethiopian town of Humera, close to the border.

“I live under this tree and sleep on the dirt. We receive limited food, a kind of cornflour porridge, but it doesn’t fill you up. I lost all trace of my family and I don’t know what happened to them.”

Phone and internet links have been cut in Tigray since Ethiopian government troops launched an offensive early this month against regional authorities they accused of staging a surprise attack on federal forces.

Almost all those fleeing into Sudan have arrived at the border crossing points of Hamdayet and Luqdi, bringing first hand accounts of the fighting.

Convoys of buses have been ferrying refugees from there to settlement areas or camps, but poor roads complicate the transfers.

Several hundred kilometres to the south, at least 678 people have also crossed from Ethiopia into Sudan’s Blue Nile state since Nov. 17. UNHCR, the U.N. refugee agency, is still verifying what caused them to flee, said Jens Hesemann, the agency’s assistant representative in Sudan.

In the east of Sudan, a country deep in economic crisis, people have done what they can to help by donating small food items, but have few means, said Hesemann.

“The message we’re also getting is that people are exhausting their resources, their resources are very limited in that area — they’re asking us to do more,” he said. 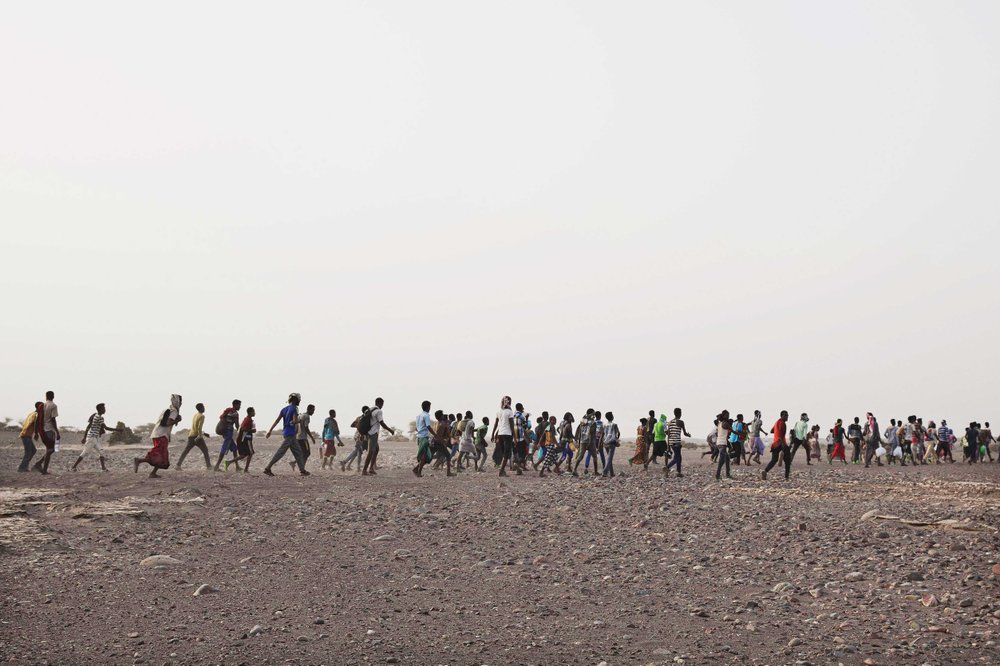 Ethiopians brave deserts and smugglers on the way to Saudi