White House press secretary Kayleigh McEnany sparred with reporters Thursday over President Trump’s recent comments on white supremacists, arguing Trump denounced hate groups at this week’s presidential debate and denying that he has a mixed record on the issue.

Fox News correspondent John Roberts asked McEnany for a “definitive and declarative statement” that the president denounces white supremacy and groups that espouse it. McEnany pointed to Trump’s previous comments condemning that ideology, including remarks from Wednesday and in the aftermath of a mass shooting in El Paso, Texas, in August 2019, but she would not offer a fresh condemnation from the podium.

“Can you right now denounce white supremacy and the groups that espouse it?” Roberts asked.

“I just did,” McEnany responded, accusing Roberts of contriving a story.

When CBS News reporter Paula Reid clashed with McEnany over the president’s “mixed” record on the issue, the press secretary pointed to Trump’s support for the federal execution of a white supremacist. When the two began talking over each other, McEnany declared it was not a “debate.”

“It is quite funny that the media goes haywire about interrupting in debates and then chooses to pursue that very same tactic themselves,” McEnany said. “This is a White House briefing. You ask a question, and you give me time to answer.”

CNN’s Kaitlan Collins asked McEnany why the Proud Boys, a far-right militia group, would celebrate the president’s call for them to “stand back and stand by” during Tuesday’s debate if he had denounced them as the press secretary had claimed. McEnany argued that “stand back” was a “synonym” for “stand down” and brushed off Collins’s question as a “partisan attack.”

Trump has faced widespread criticism, including from Republicans, for not denouncing white supremacy when given the opportunity during Tuesday evening’s debate in Cleveland. 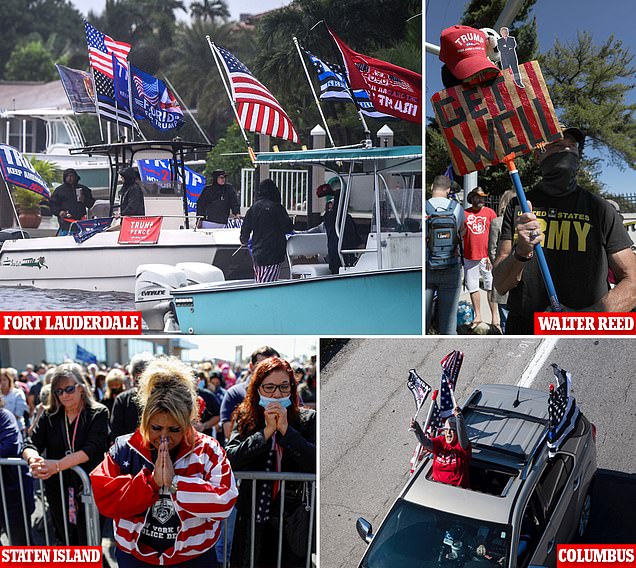