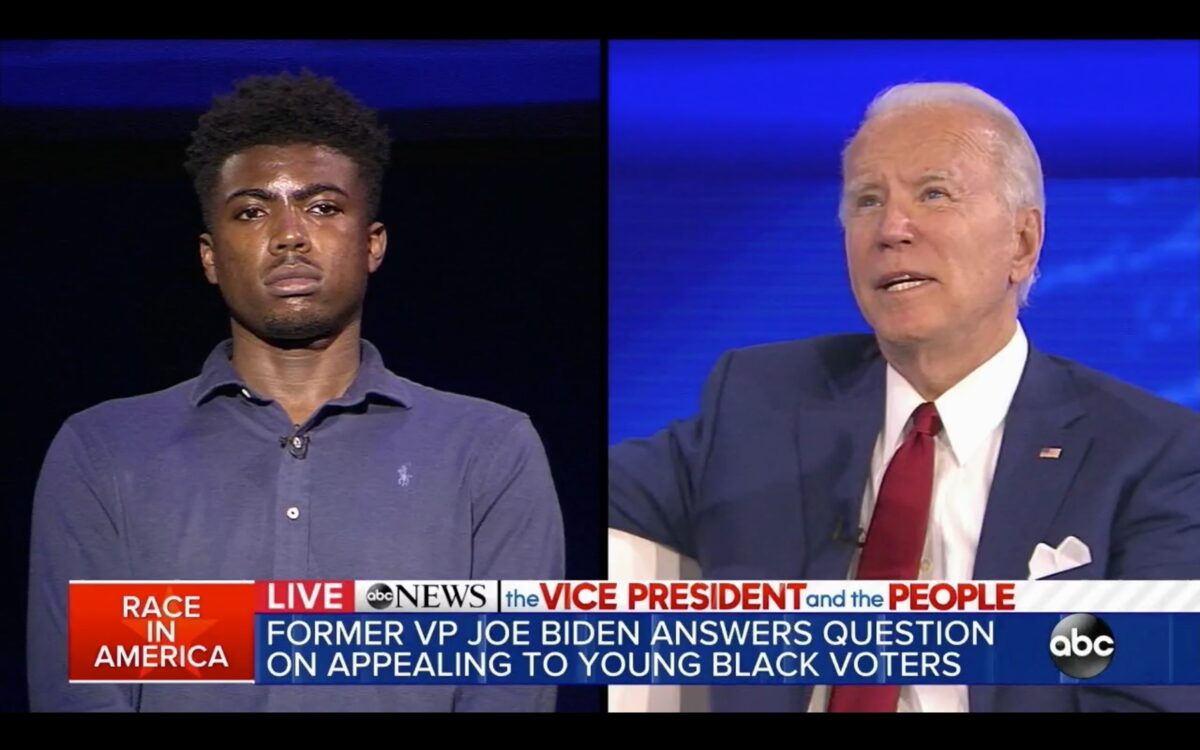 Former Vice President Joe Biden was challenged by a participant in ABC’s Town Hall about past comments he made to Charlamagne tha God during an appearance on Power 105.1’s The Breakfast Club. Biden said that if you don’t vote for him, “you ain’t black,” in a casual back and forth that predictably launched controversy.

The undecided voter opened by saying that “many people believe that the true swing demographic in this election will be Black voters under the age of 30, not because they’ll be voting for Trump, but because they won’t vote at all.”

He then followed with “besides ‘you ain’t black,’ what do you have to say to young black voters who see voting for you as first further participation in a system that continues to not protect them?

Biden replied by first citing his “buddy John Lewis” who said, “it’s a sacred opportunity, the right to vote. you can make a difference. If young black women and men vote, you can determine this election.”

Biden then turned to a flatly emotional and earnest plea, saying “the next question is, am I worthy of your vote, can I earn your vote?” He then answered his own question — watch that answer above, via ABC.