Vogue editor in chief Anna Wintour has apologized after black staffers called for her to resign and revealed she used a racist word and dismissed their concerns about cultural appropriation.

In a lengthy New York Times article published on Saturday, 18 black journalists who have worked with Wintour said Vogue favored employees who are thin, white and from elite backgrounds.

However, Naomi Campbell, one of the first black supermodels, who appeared on the cover of Wintour’s first September issue in 1989, vehemently defended the editor.

And three other people of color told the Times that Condé Nast had made positive changes and that Wintour had promoted them to top roles.

Wintour recently split with her partner of 20 years, telecoms tycoon and entrepreneur Shelby Bryan, and is rumored to have grown close to actor Bill Nighy.

Wintour, who has been Vogue’ editor in chief since 1988 and Condé Nast’s artistic director since 2013, making her the editorial leader of all its titles, responded to the latest allegations in a statement to the Times: ‘I strongly believe that the most important thing any of us can do in our work is to provide opportunities for those who may not have had access to them.’

‘Undoubtedly, I have made mistakes along the way, and if any mistakes were made at Vogue under my watch, they are mine to own and remedy and I am committed to doing the work,’ she added.

The Times article details a number of examples of alleged racism under Wintour’s leadership.

In 2017, Wintour used an offensive racial term in an email as she raised questions about whether a photo shoot of black models wearing bonnets would itself be perceived as offensive.

‘Don’t mean to use an inappropriate word, but pica ninny came to mind,’ Wintour wrote.

In a statement to the Times, Wintour said: ‘I was trying both to express my concern for how our readers could have interpreted a photo and raise the issue for discussion, and I used a term that was offensive. And for that, I truly apologize.’

When Wintour asked a black assistant to weigh in on the photo shoot, the assistant said the image was not offensive, but expressed displeasure at being asked to render a verdict as a junior staff member, according to the Times.

In another 2017 incident, Kendall Jenner appeared at a London fashion week party wearing fake gold teeth, which a white Vogue writer described as ‘a playful wink to the city’s free-spirited aesthetic — or perhaps a proverbial kiss to her rumored boyfriend, A$AP Rocky.’

The Times reports that a black Vogue staffer expressed outrage, saying that the gold teeth were cultural appropriation.

A top lieutenant brought the issue to Wintour’s attention, writing: ‘If Kendall wants to do something stupid fine but our writers (especially white ones) don’t need to weigh in and glorify it or ascribe reasons to it that read culturally insensitive.’

Also in 2017, white model Karlie Kloss drew cultural appropriation accusations when she appeared in Vogue in a geisha outfit, with her face in pale makeup and her hair dyed black.

The photo shoot in Japan drew immediate accusations of ‘yellowface’.

After internal cries of alarm over the feature, Wintour reportedly replied that it could not be cut because of its ‘enormous expense.’

Kloss later apologized, tweeting: ‘These images appropriate a culture that is not my own and I am truly sorry for participating in a shoot that was not culturally sensitive.’

That tweet reportedly angered Wintour, who received a personal message from Kloss saying ‘I imagine the feeling is mutual, that it was hurtful to see the criticism from our Japan trip.

‘I had written a short piece on social media as I wanted to make known that it was never my intention to offend or upset anyone from this spread.’

Wintour dryly replied: ‘Thanks Karlie another time please give us a heads up if you are writing about a Vogue issue.’

In another shocking incident, Wintour reportedly mused about the possibility of deleting a Condé Nast writer’s reply to a company social media account criticizing ‘white editors.’

Over the summer, Bon Appétit’s Instagram feed was flooded with comments following explosive claims that people of color featured in its cooking videos were paid less than white people, and that ethnic recipes were being ‘whitewashed’

Priya Krishna, a Condé Nast freelancer, chimed in with a comment on Bon Appétit’s Instagram: ‘I have been forced to think outside of myself and my identity my entire career. So why can’t white editors change their mindset now?’

The Times reports that Wintour asked to have the item removed, but by the time of her request, the Krishna post had been online for hours, and Wintour was warned that deleting it would only attract more attention.

When the social media team suggested posting new content that would push the item down in users’ feeds, Wintour approved the plan, two people involved in the discussion told the newspaper.

Wintour also drew criticism for not appearing during a large Condé Nast meeting on race in June, despite serving as head of the company’s diversity and inclusion council.

Condé Nast says that 42 percent of its editors are now non-white. This year’s September issue of Vogue, the most important of the year, was dedicated to black culture and contributors.

Radhika Jones, who is the daughter of an Indian mother and white American father, replaced Graydon Carter as the editor in chief of Vanity Fair in 2017, and defended Wintour, who was on the small committee which elevated her.

‘My experiences with Anna have been nothing but positive,’ Jones told the Times. ‘She’s supportive of my vision and she understands what I’ve been trying to achieve and she has helped me to achieve it.’

However, some anonymous current and former staffers told the newspaper that they though Wintour presided over a racist culture at the magazine.

‘Fashion is b***hy,’ one black former staff member told the newspaper. ‘It’s hard. This is the way it’s supposed to be. But at Vogue, when we’d evaluate a shoot or a look, we’d say ‘That’s Vogue,’ or, ‘That’s not Vogue,’ and what that really meant was ‘thin, rich and white.’ How do you work in that environment?’

It follows Wintour’s mea culpa in a June 4 internal memo, as protests over the death of George Floyd gripped the nation and internal revolt threatened the top brass at Condé Nast, the publisher of Vogue, Vanity Fair, the New Yorker and Bon Appétit, among other titles.

‘I want to say plainly that I know Vogue has not found enough ways to elevate and give space to Black editors, writers, photographers, designers and other creators,’ wrote Wintour.

‘We have made mistakes, too, publishing images or stories that have been hurtful or intolerant. I take full responsibility for those mistakes,’ she continued.

After the memo leaked, black fashion titan André Leon Talley, a former top editor at Vogue who left in 2013 following a falling-out with Wintour, blasted her apology in a podcast interview.

‘Dame Anna Wintour is a colonial broad,’ Talley said. ‘She’s part of an environment of colonialism. She is entitled and I do not think she will ever let anything get in the way of her white privilege.’

Barna Study Finds Most Gen Zers Hope to Achieve a Lot in the Next 10 Years, but Expect the Worst to Happen

Chuck Bentley Answers: What Steps Can I Take to Transform My Finances in the New Year? 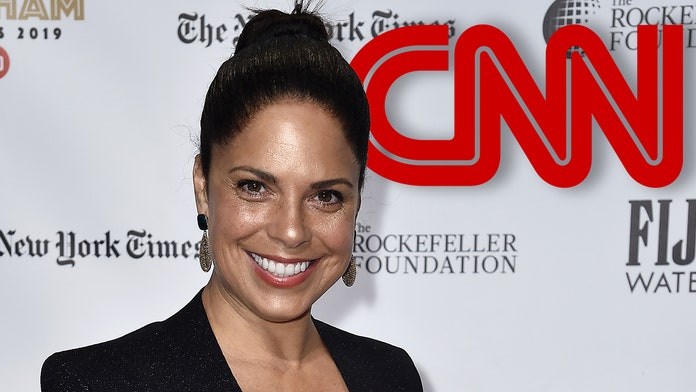 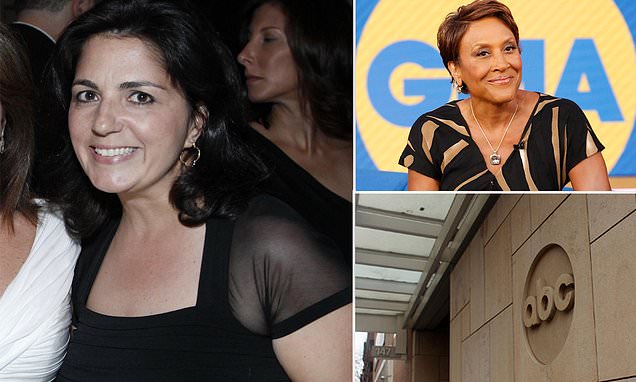