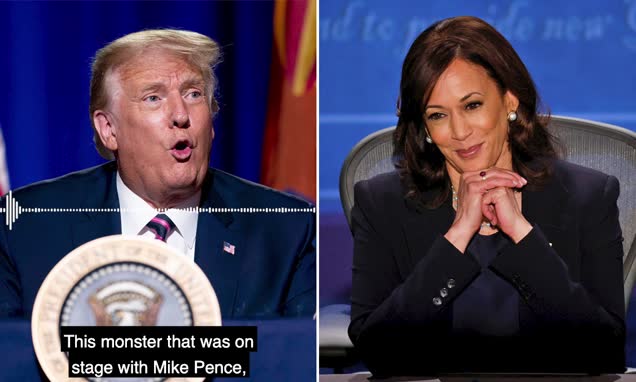 President Donald Trump called vice presidential nominee Sen. Kamala Harris a ‘monster’ who he also termed ‘unlikable’ following her debate with Vice President Mike Pence Wednesday night. He also called her a ‘communist’ who was left of self-described Democratic Socialist Bernie Sanders. Harris is a former prosecutor who is married to a wealthy attorney.

Communist Terrorists in Peru Kill 16 Ahead of Uncertain Election

‘Boo all you like!’: Mitt Romney hits back at 2,000-strong crowd at the Utah GOP convention as they shout ‘traitor’ and boo him for...