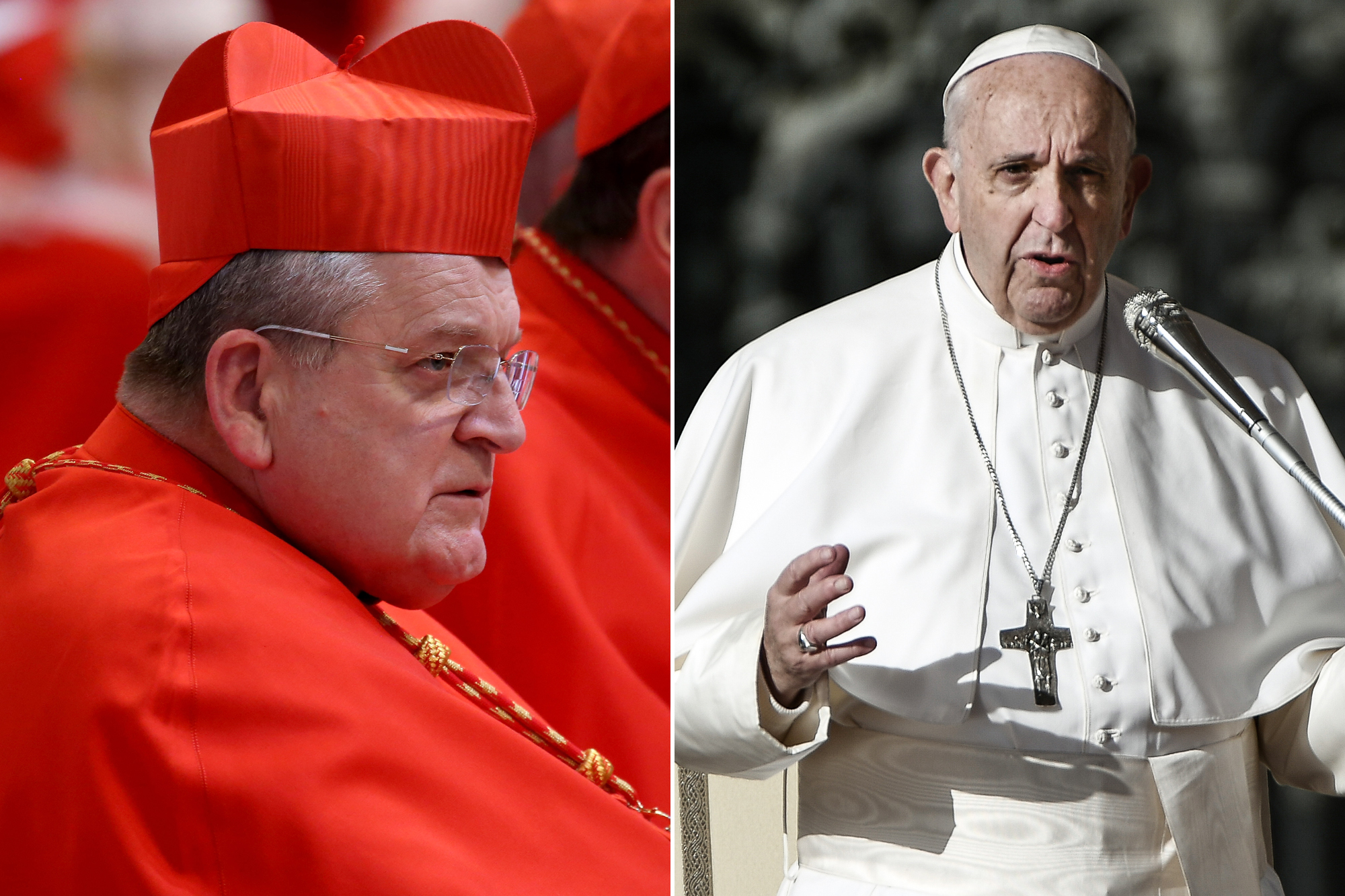 Pope Francis’ support for same-sex unions is being openly criticized by several Roman Catholic leaders in America — who say his recently revealed pro-gay remarks cause “confusion and error” and fly in the face of church teachings.

Cardinal Raymond Burke, a frequent critic of Francis, said the pope’s comments should be “rightly interpreted as simple private opinions of the person who made them.”

“Such declarations generate great bewilderment and cause confusion and error among Catholic faithful,” Burke, a member of the Vatican’s highest court, said in a statement Thursday on his website.

He added that Francis’ views were contrary to Catholic teachings.

The pontiff, 83, endorsed civil unions for same-sex couples in a 2019 interview with Mexican broadcaster Televisa. The never-before-seen clip was aired in the new documentary “Francesco,” the Washington Post reported.

“Nobody should be thrown out, or be made miserable because of it.”

On Thursday night, Televisa spokesman Ruben Acosta Montoya confirmed the pope’s comments in the 2019 interview to the Washington Post and accused the Vatican — which owned and controlled the cameras — of removing it from the segment.

“Someone at the Vatican gave us the part that we did broadcast, and later they gave the rest of the material to someone else,” Acosta Montoya wrote in an email.

“They cause wonderment and error regarding the Church’s teaching among people of good will, who sincerely wish to know what the Catholic Church teaches,” he said. “They impose upon pastors of souls the duty of conscience to make fitting and necessary clarifications.”

Bishop Thomas Tobin, of the Roman Catholic Diocese of Providence, also agreed with Burke that the pope’s statement “clearly contradicts what has been the long-standing teaching of the Church about same-sex unions.”

“The Church cannot support the acceptance of objectively immoral relationships,” Tobin said in a statement. “Individuals with same-sex attraction are beloved children of God and must have their personal human rights and civil rights recognized and protected by law. However, the legalization of their civil unions, which seek to simulate holy matrimony, is not admissible.”

“The church is weak. The church is not clear,” he told radio host Cy Kellett, adding that support for civil unions is just “Pope Francis’ opinion.”

“We were relying on the papacy to be this beacon of clarity and stability, and it just doesn’t feel clear and stable anymore,” said Strickland, a frequent critic of the pope.

Cardinal Sean O’Malley of Boston, however, seemed to defend the Holy Father’s comments, as he released a statement saying the pope’s “endorsement of civil unions is not an endorsement of homosexual activity,” according to The Pilot, the newspaper of the Archdiocese of Boston.

“Father recognizes that in civil society there can be cogent reasons to enact such laws providing for civil unions which are not the same as the institution of marriage,” he said. “The Holy Father is very aware of the suffering and alienation of homosexual individuals, gay people, who are rejected by family and society.”