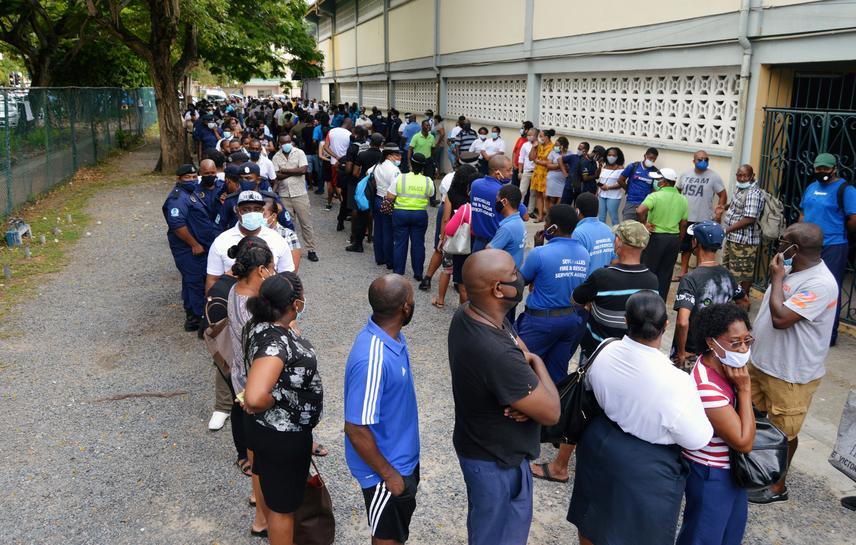 The Seychelles elected an opposition candidate as president for the first time since 1977, authorities announced on Sunday, and winner Wavel Ramkalawan reaffirmed a pledge to hike the minimum wage after COVID-19 stifled the tourism-dependent economy.

Seychelles State House said in a statement on its website that Ramkalawan and his vice-president Ahmed Afif would be inaugurated on Monday.

Ramkalawan, a former Anglican priest, defeated President Danny Faure after three decades of unsuccessful runs for the presidency of the East African nation, an Indian Ocean archipelago famed for its natural beauty and rare wildlife.

Ramkalawan captured 54.9% of the vote while Faure got 43.5% in the vote held from Thursday through Saturday, the electoral commission announced.

Ramkalawan promised to continue working with Faure – an unusually good-natured transfer of power for the nearby African continent where many rulers are eliminating term limits and cracking down on political opposition.

“Mr Faure and I are good friends. And an election does not mean the end of one’s contribution to one’s motherland,” Ramkalawan said in his victory speech. “In this election, there were no losers, there were no winners. Our country was given the opportunity as the ultimate winner.”

As he spoke, Faure sat close by, nodding his head.

In 1977, power changed hands via a coup that led to 27 years of rule by Albert Rene, punctuated by several coup attempts including one in 1981 by South African-backed mercenaries masquerading as vacationing rugby players.

Faure’s United Seychelles party had been in power over the past 43 years but this was the first time he had faced voters himself. He was vice president when his predecessor resigned in 2016 after a constitutional amendment was passed limiting presidents to two terms.

Faure’s chances may have been damaged by a severe economic downturn. Travel restrictions imposed due to the global COVID-19 pandemic mean the Seychelles economy is expected contract by 13.8% this year, according to the International Monetary Fund.

It is a stunning reversal of fragile progress since the government defaulted on its debt in 2008 and sought an IMF bailout.

Both Ramkalawan, of the Linyon Demokratik Seselwa party, and another opposition candidate, Alain St Ange of the One Seychelles party, had promised voters they would raise the minimum wage.