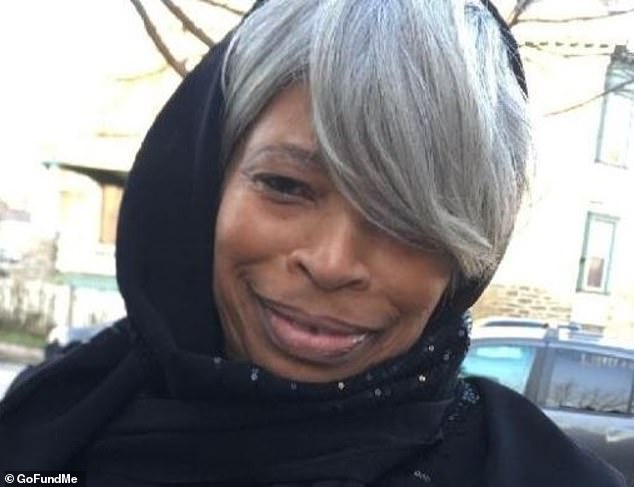 A grandmother was heading to work in Philadelphia last week when a man she did not know approached her, asked how she was doing, then splashed acid in her face and ran off.

The victim, identified as 61-year-old Helen Jones, was left blind in both eyes and suffering from severe burns on her face as a result of what police described as a random, unprovoked attack that took place in the Germantown neighborhood on October 6.

According to police, Jones had exited her home in the 5100 block of Newhall Street at around 6.15am and was walking to her car parked just a few steps away when she was accosted by the stranger.

Her stepdaughter, Aneesha Summerville, told WPVI that the attacker asked Jones, ‘”Hey, are you good?” As if he was inquiring about her safety making sure she was okay.’

When Jones looked up at the stranger to say she was fine, he threw a corrosive chemical in her face and fled on foot.

Neighbors reported hearing Jones’ screaming and banging on the door of her home, trying to get back inside.

The Philadelphia Fire Department’s Hazmat Unit determined that the liquid was chlorosulfuric acid, which is used in the manufacturing of antibacterial products, detergents and dyes.

Jones was rushed to the hospital, suffering burns to her eyes, lips, and tongue.