I am sure based upon some of President Trump’s actions and statements over the past four years, even his evangelical advisory counsel, if they had the courage to say so, would say that the president is smart but not wise. But like them, as a born-again Christian man, there are several things that President Trump has done in his presidency that I thank God for:

(1) His rock solid support of Israel;

(2) Moving the US embassy to Jerusalem;

(3) His attempt to protect religious liberty;

1. President Obama Is Smart, But Is He Wise?

2. President Obama May Be Smart, But Is He Wise?

3. LISTEN: The National Prayer Breakfast Controversy: President Obama is Smart, but is he Wise? (The Torch Leadership Foundation’s Cross in Culture Podcast #15 with Daniel Whyte III)

The reason their lack of wisdom is apparent is because neither of them see the connection between the ongoing destruction of America and this one evil thing that has been done and that is the sanctioning of the homosexual agenda, homosexuality, homosexual marriage, and homosexual adoption by Obama and Biden and that has been perpetuated by President Trump. This is not to say God hates homosexuals and lesbians. He does not. God is love and God loves everybody; however, God hates sin and He especially hates abominations for abominations are things that are used by the devil to try to turn God’s world upside down and that threaten His very creation.

1. What President Trump’s Christian Evangelical Advisers Should Have Told Him to Say in His Speech About This Coronavirus Pandemic-Plague

2. What the Church Needs to Do and What President Trump Needs to Do to Stop the Plague and How the Following Preachers Can Save America and Save the World: Jack Graham, Franklin Graham, John MacArthur, Tony Evans, Dwight McKissic Jr., and Anne Graham Lotz

3. President Trump overturns and revokes Obama-era protections for transgender people – Daniel Whyte III says this is a good first step towards “staying” or stopping the plague but Trump has a long way to go in overturning President Obama’s and his own sanctioning of homosexuality, homosexual marriage, and the homosexual agenda

4. Daniel Whyte III Says Pastor Robert Jeffress and his daughter Julia Jeffress Sadler’s 40-Day Prayer Challenge is a wonderful idea and of course most Christians are doing that however if pastor Robert Jeffress and the evangelical advisory team do not get some testicular fortitude and tell President Trump to roll back everything that President Obama and he has done to cause the government to sanction homosexuality, homosexual marriage, and the homosexual agenda among other sins, the coronavirus plague will not end and the blood will not only be on President Obama’s hands and President Trump’s hands but on the hands of Christian leaders both black and white who have advised both President Obama and President Trump

5. Daniel Whyte III Encourages all Christians to Participate in Jonathan Cahn’s The Return Prayer Gathering (Saturday, September 26) and Franklin Graham’s Prayer March (Saturday, September 26), However It is Not Enough for Them to Pray and March, They Must Humble Themselves, Pray, Seek God’s Face, Turn From Their Wicked Ways, Repent and Return to Their First Love, Jesus Christ, and do the First Works. The Sins That They Need to Repent of Include Sanctioning Homosexuality, Homosexual Marriage, Homosexual Adoption, the Homosexual Agenda, Even Participating in Homosexuality, Adultery, Fornication, Swinging, the Molesting of Children, and Other Sins. As Daniel Whyte III Said at the Beginning of the Plague if the So Called Evangelical Advisory Council is Not Willing to Tell the Church and President Trump Publicly to Repent of Causing the Church and the Government to Sanction Homosexuality, Homosexual Marriage, Homosexual Adoption, and the Homosexual Agenda, and to Tell President Trump That He Needs to Overturn Everything That Obama, Biden, and He Have Done to Cause the Government to Sanction Homosexuality, Homosexual Marriage, Homosexual Adoption, and the Homosexual Agenda, Then the Plague is Going to Continue and Get Worse and Blood is Going to Continue to Drip From the Hands of So-Called Christian Leaders and President Trump

6. Dr. Fauci Predicts 100,000-200,000 Deaths From the Coronavirus Plague; Daniel Whyte III Says 1-2 Million Will Die of the Coronavirus Plague if Christian Pastors Don’t Repent of Their Sins and Lead Their Churches to Repent of Their Sins Including Supporting Homosexuality, Homosexual Marriage, and the Homosexual Agenda as Well as Other Sins and if President Trump Doesn’t Immediately Shut Down the Country for at Least 30 More Days and Overturn Everything President Obama Has Done and That He Has Done and Said to Cause the Government to Sanction Homosexuality, Homosexual Marriage, and the Homosexual Agenda.

If this is not done — and we know it will not happen under a Biden administration — America faces the Abyss and total destruction because God will not tolerate this foolishness in a country that He has blessed more than any other country in the history of the world outside of Israel. HERE WE GO: The Once Very Strict and Conservative Mennonites Are Now For the Abomination of Homosexuality and Homosexual Marriage, Voting For and Passing...

U.S. Appeals Court in Florida Delivers a Victory For Young People Who Seek Counseling to be Delivered From Same-Sex Attraction and the Abomination of...

John Wesley is Still Turning Over in His Grave as THE CENTER IS NOT HOLDING in the United Methodist Church as God’s True Believers... 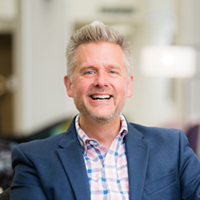 Daniel Whyte III Says, This is a Great Victory for God Almighty and For Our Lord and Savior Jesus Christ Against the So-called “Inclusive”...