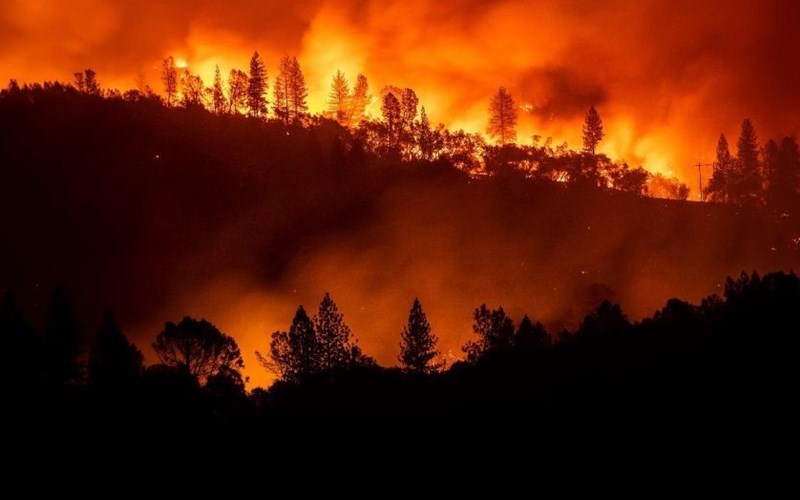 California, Oregon, and Washington State are burning – and it’s all the fault of “white Christians.” So says a professor at Oregon State University because “white Christians” are “science-deniers” who don’t believe in catastrophic man-made global warming.

CampusReform.com reports (10/2/20) that Susan Shaw, professor of Women, Gender, and Sexuality studies at Oregon State University claims (as do many on the left), “the intensity and scope of these fires are a result of climate change.” She notes, “many Christians, especially white Christians, have embraced denial of climate science.” (A colleague responds: “What a crock. We have ‘denied’ climate ‘science’ while she undoubtedly believes that biological sex is meaningless.”)

Meanwhile, Shaw adds, “The disturbing link between white evangelical support for Trump and disregard for climate change that disproportionately affects poor people of color around the world should probably not be all that surprising…White evangelicals continue to support Donald Trump overwhelmingly, even though the Trump administration has tried to roll back more than 100 environmental protection regulations.”

The issue of wildfires vis-à-vis climate change came up during the presidential debate last week. Are these fires caused by man-made global warming or by misguided forestry practices?

Debate moderator Chris Wallace asked President Trump about the fires, saying, “state officials there blamed the fires on climate change….what do you believe about the science of climate change and what will you do in the next four years to confront it?”

The president responded, “I want crystal clean water and air. I want beautiful clean air….As far as the fires are concerned, you need forest management. In addition to everything else, the forest floors are loaded up with trees, dead trees that are years old and they’re like tinder and leaves and everything else. You drop a cigarette in there the whole forest burns down. You’ve got to have forest management.”

This controversy is nothing new. A few years ago, I spoke with Jarrett Stepman of the Heritage Foundation on my radio show. He told me, “We used to do a lot more clearing of the forest, a lot more actual forest management, traditional practices to keep the forest under control.” But not so today. Ironically, it has been laws pushed by environmental activists that many say have made the situation worse.