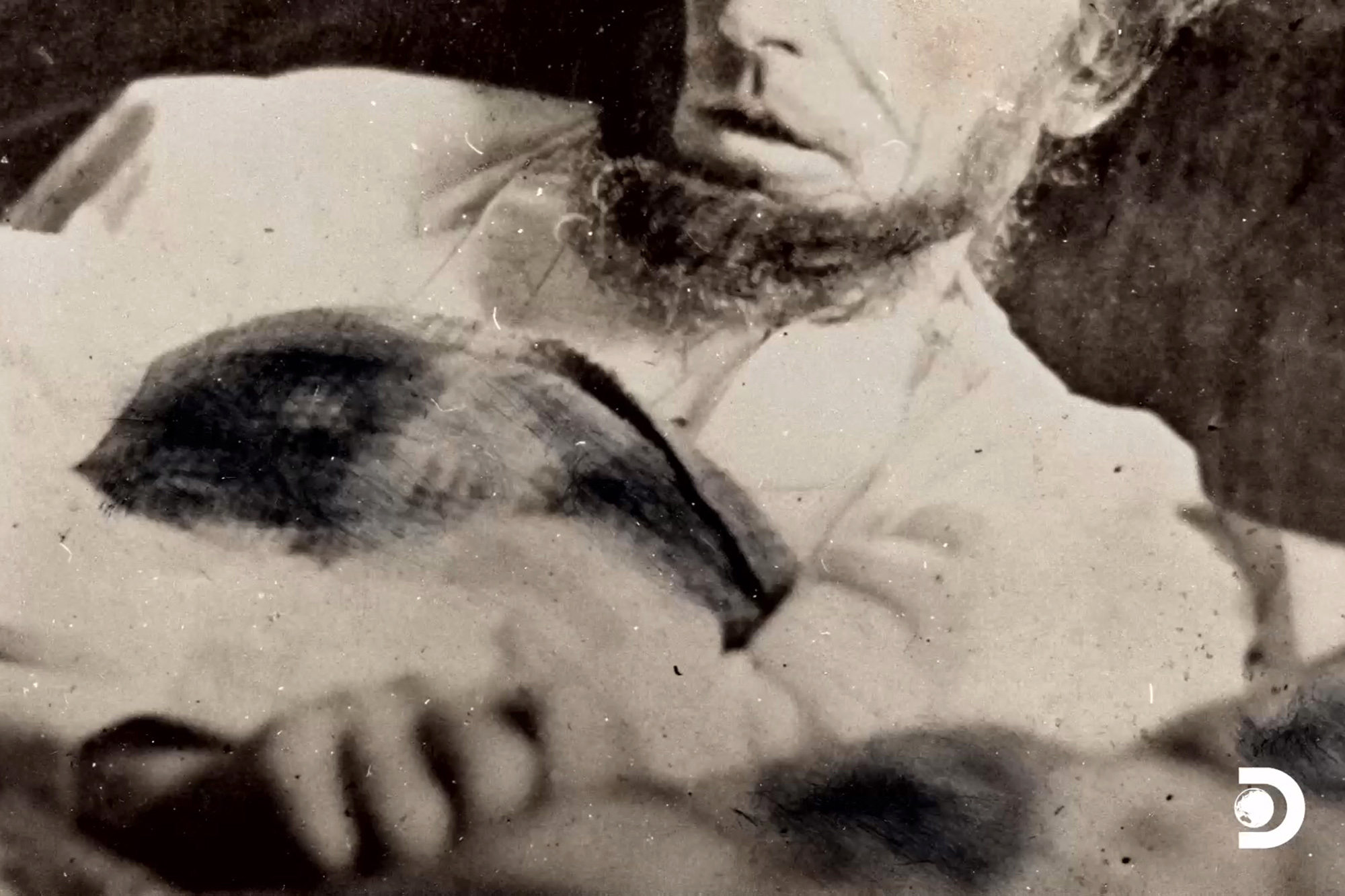 A haunting deathbed photo said to show Abraham Lincoln after he was assassinated is 99 per cent likely to be real, an investigator claims after two years studying forensic evidence.

The claim is made in a new Discovery Channel documentary, The Lost Lincoln, which sees specialists aiming to establish the authenticity of the photograph.

The picture has been the subject of debate with some experts convinced it shows the body of the 16th president of the US, while others have rubbished the claim.

Abraham Lincoln was killed on April 14 1865 by John Wilkes Booth, an actor and spy of the Confederate States.

The president had been watching the stage play, Our American Cousin with his wife, Mary Todd at Ford’s Theatre in Washington D.C, before he was fatally shot in the head.

He was taken to a boardinghouse across the street where doctors battled to save his life after he slipped into a coma for eight hours.

Lincoln died early the next morning.

The documentary now aims to determine whether the body seen in the photograph is indeed that of Lincoln’s.

The picture shows a man with a narrow face and a beard laying down and staring lifelessly into the distance.

It also shows that the man’s right eye appears to be bulging as a result of an unknown wound.

Investigator Whitny Braun embarked on a mission for two years to verify whether the man in the picture was in fact Lincoln.

She said: “In the world of authenticating, this is like finding the Holy Grail.”

Braun says she is 99% certain that the man in the photo is the former president.

According to her and the producer of the documentary, Archie Grips, all logic points to the authenticity of the picture.

Some critics, however have dismissed the claims insisting the body in the picture can not be that of Lincoln’s.

“I’ve seen enough of these things to know that this is a whole lot of hysteria about something that is not Lincoln,” according to Harold Holzer.

His book published in 1984, The Lincoln Image: Abraham Lincoln and the Popular Print examines all the 130 known photos taken of Lincoln.

People who believe in the validity of the picture say it was taken by professional photographer, Henry Ulke who lived in the boardinghouse where the president was taken after he was shot.

It is believed Ulke secretly took the picture before the president’s body was transferred to the White House.

Doubters believe the ambrotype, the process by which the photo was taken had been out of style by the mid-1860s.

Some experts also say only one picture of the president’s body is known to exist, which is a blurry photo taken from a distance while his body lay in state.