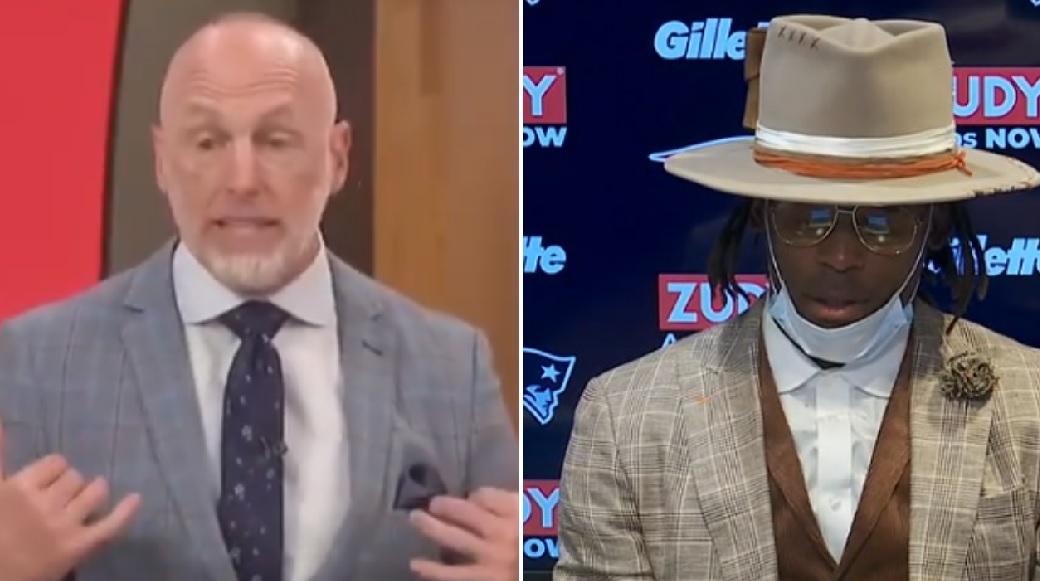 Newton threw for 98 yards with three interceptions in the loss, which dropped New England to 2-4. He was replaced in the fourth quarter by Jarrett Stidham.

Garcia, a studio analyst for NBC Sports Bay Area, felt that Newton’s stylish outfit prior to the game didn’t make any sense considering Newton entered the game with two touchdowns and four interceptions.

Whew, Jeff Garcia been waiting a long time to get this off his chest about Cam Newton. pic.twitter.com/clx5IEGn9x

“You go into this game with two touchdowns, four interceptions, you threw what, three more interceptions?” Garcia began on his rant about Newton.  “You get yanked in the second half, there’s nothing good going your way. Why are you dressing like that to bring more attention to yourself? I’d be trying to ask the equipment managers ‘Put me in your jock sock cart and sneak me in the back door and I’ll show up on the field and do the best that I can.'”

After Newton was then compared to Hall of Famer Joe Namath, who used to wear fur coats before and after games, Garcia said: “When you predict you’re going to win a Super Bowl and you go out and do it, wear whatever the hell you want.”

Tom Brady’s Diet: How to Eat Like the Greatest Quarterback Ever