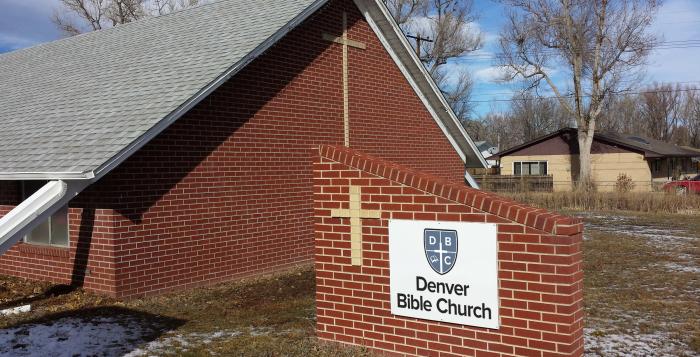 A federal district judge issued a 44-page decision granting an injunction in favor of two churches against Governor Jared Polis’ discriminatory COVID orders that place numerical restrictions on houses of worship and require masks. The order in Denver Bible Church v. Azar prevents the state of Colorado from enforcing the indoor occupancy limitations and the face-covering requirement on the churches. Pastors Bob Enyart of Denver Bible Church in Wheat Ridge and Joey Rhoads of Community Baptist Church in Brighton filed the lawsuit in August.

U.S. District Court Judge Daniel Domenico, appointed by President Trump, granted the churches’ temporary restraining order and preliminary injunction on the grounds that Governor Polis’ Public Health Order 20-35 violated their rights to the free exercise of religion under the First Amendment. The basis of the opinion is that the governor’s order treats houses of worship differently than secular establishments that pose an equal risk of spreading COVID-19.  Specifically, the court found that the numerical limit (175 people) and the mandatory face-covering provisions are not neutrally applied between nonreligious and religious gatherings.

In his ruling, Judge Domenico stated, “…the Constitution does not allow the State to tell a congregation how large it can be when comparable secular gatherings are not so limited, or to tell a congregation that its reason for wishing to remove facial coverings is less important than a restaurant’s or spa’s.”

Judge Domenico noted that the “more serious problem is that Public Health Order 20-35 exempts secular settings that pose similar threats of prolonged exposure from the occupancy limitations and face-mask requirements imposed on houses of worship.” He noted there is no meaningful difference between a warehouse, restaurant, or an elementary school where employees, diners, and students spend long periods in a closed-indoor setting and a house of worship. The order also noted that the limitation requirements do not apply to P-12 schools, the JBS meat-packing plant in Greely, the Amazon warehouses in Colorado Springs and Thornton, Home Depot, Walmart, King Soopers, and marijuana shops.

“With each exception Colorado makes for secular institutions, the failure to make the same exemption for houses of worship becomes increasingly problematic,” Judge Domenico wrote. The church, he wrote, “will be allowed to open their sanctuaries subject to the same capacity, social distancing, and masking rules that are applicable to other critical businesses, and will be able to permit congregants to remove their masks if and when it is necessary to carry out their religious exercise.”

Liberty Counsel Founder and Chairman Mat Staver said, “This is a major win for places of worship, the First Amendment, and the people. This is a big blow to the discriminatory orders issued by Governor Jared Polis. The state of Colorado may not ignore or suspend the First Amendment.”