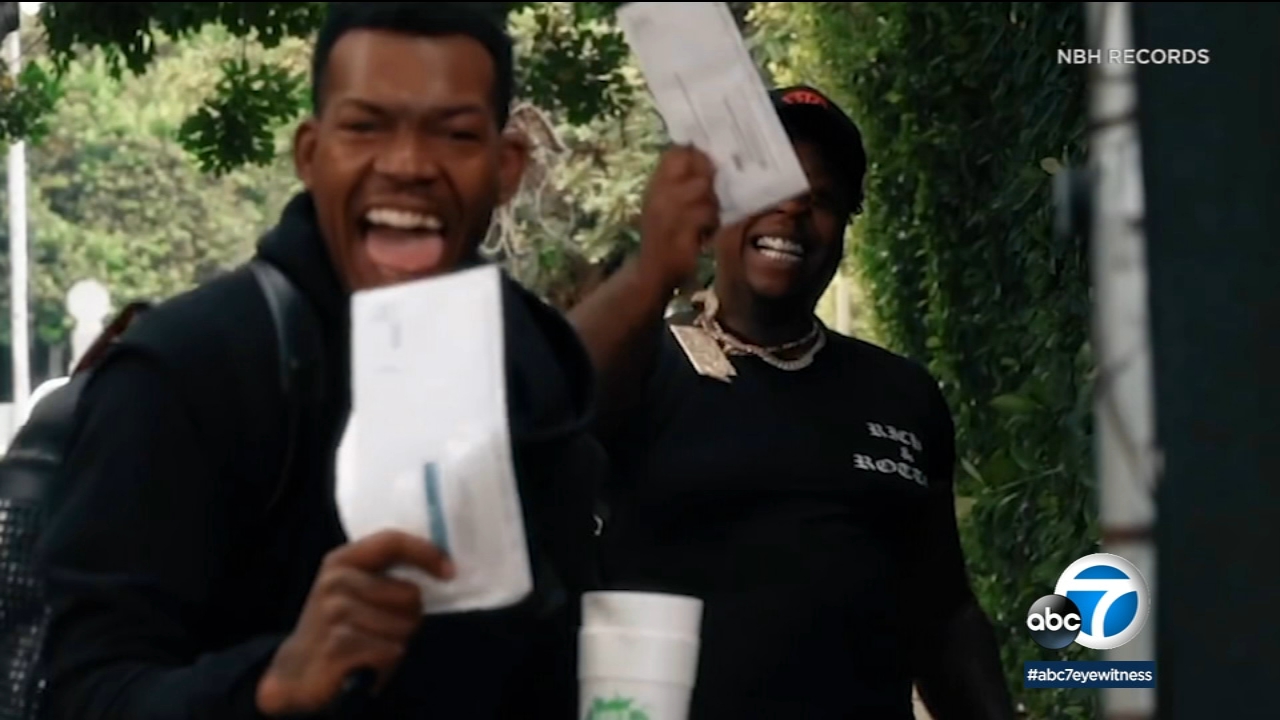 A Los Angeles rapper has been arrested on federal charges of stealing jobless benefits, weeks after he released a song boasting of getting wealthy by the very same scheme.

Federal prosecutors said on Friday that Baines, a Memphis native residing in Hollywood Hills, fraudulently applied for more than $1.2 million in jobless benefits, including by using stolen identities.

According to a warrant affidavit, Baines boasted of his ability to defraud the California Employment Development Department (EDD) in a music video he released on September 10, titled EDD.

In the music video, he brags about doing ‘my swagger for EDD’ and holds up a stack of envelopes from EDD, revealing his plans to ‘go to the bank with a stack of these’ – presumably a reference to the pre-paid debit cards that come in the mail.

‘I just got rich off of EDD…I just woke up to 300 Gs,’ Baines continues in the song.

A second rapper in the video intones, ‘You gotta sell cocaine, I just file a claim….’

Baines is accused of exploiting the Pandemic Unemployment Assistance provision of the CARES Act, which is designed to expand access to unemployment benefits to the self-employed and gig workers.

Prosecutors say that Baines applied for EDD debit cards in the names of third-parties, including identity theft victims, which were mailed to addresses which Baines had access to in Beverly Hills and Koreatown.