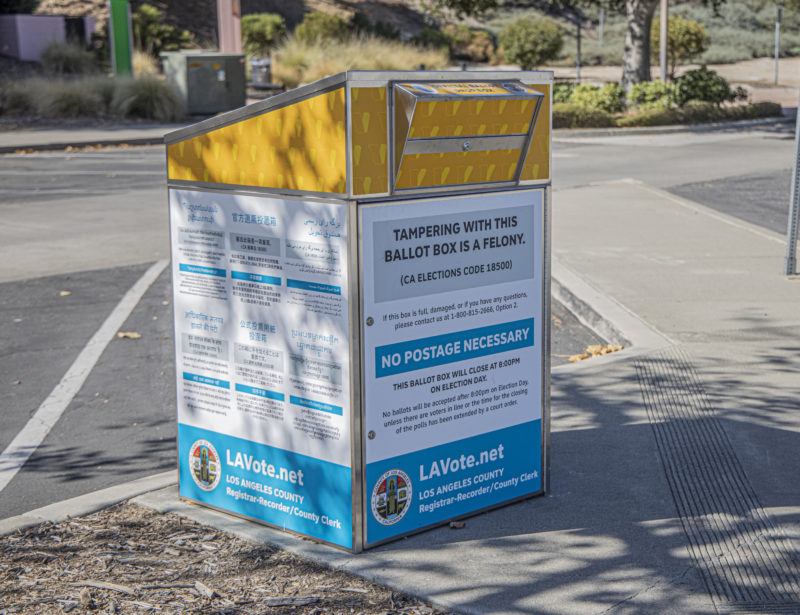 California officials have been removing unofficial ballot drop boxes from outside multiple locations, including a couple of churches, according to a recent report by The Signal.

California Secretary of State Alex Padilla sent a memo out to all county clerks and registrars of voters on Sunday explaining that “providing unauthorized, non-official vote-by-mail ballot drop boxes is prohibited by state law.”

“Our office has been made aware of unauthorized, non-official ballot drop boxes being used or having been proposed to be used at local political party offices, candidate headquarters, and churches throughout the state,” wrote Padilla.

“State law does not authorize the use of unauthorized, non-official vote-by-mail ballot drop boxes. County elections officials alone have the authority to designate the location, hours of operation, and number of drop boxes in the county …”

Padilla added that county officials “have the responsibility for ensuring compliance with all applicable statutes and regulations that guarantee the security and chain of custody of vote-by-mail ballots deposited.”

Harvey Weinstein to be Extradited to California to Face Rape, Sexual Assault Charges