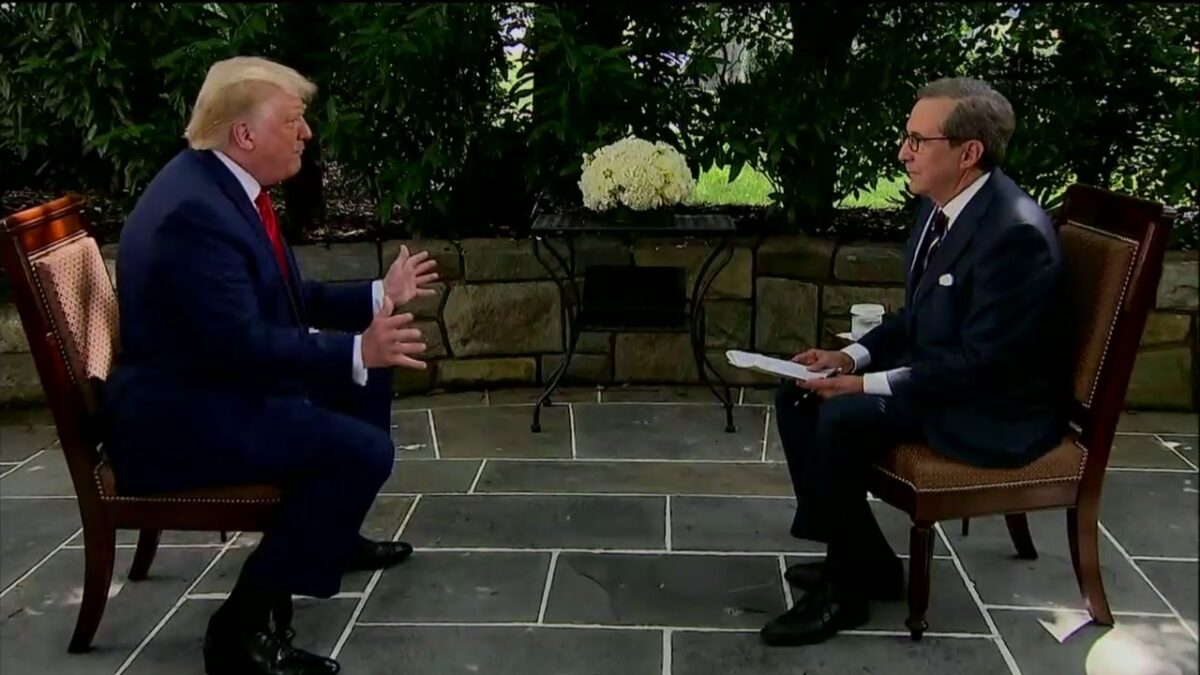 On Thursday, President Donald Trump tore into Chris Wallace by preemptively claiming the Fox News anchor won’t be fair to him next week when he moderates the first 2020 debate between Trump and former Vice President Joe Biden.

Brian Kilmeade spoke to Trump on his radio show and he asked what role the president thinks Wallace will serve as he presides over the debate. Trump answered by bragging about his TV ratings, claimed Wallace likes him because of the ratings he brings during their interviews, and then he said “I would be willing to bet he won’t ask Biden tough questions.”

“He’ll ask me tough questions and it’ll be unfair, I have no doubt about it,” Trump said. “But he’ll be controlled by the radical left. They control him.”

After Trump went on with some boasts, Kilmeade pushed back and told the president “I will tell you for sure, [Chris Wallace] is not controlled by anyone.”

“Then he’s got to ask tough questions of Biden,” Trump retorted. He went on by complaining he received harder questions than what Hillary Clinton got during their debates in 2016.