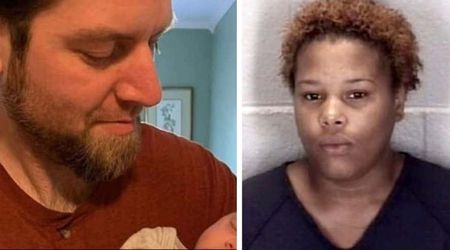 A 17-year-old girl shot a Domino’s delivery driver dead after luring the new father to an abandoned house with a fake pizza order, according to court documents.

Jaelynn Billups and her boyfriend Alberto Vanmeter tried to rob Joshua Ungersma, 37, while he was delivering the pizza in Lafayette, Indiana, witnesses alleged.

Mr Ungersma is believed to have shot Vanmeter in self-defense after the 19-year-old tried to rob him.

The delivery driver then reportedly went across the street and asked someone to call the police, after which Billups allegedly shot him at point blank range.

Police found Mr Ungersma dead on North 16th Street on August 31 after there were reports of ‘shots fired’ at around 11.15pm.

They also found the body of Billups’s boyfriend Vanmeter nearby with a Domino’s pizza box, two drinks and cash laying on the ground beside him.

Neighbor Patrick Gibson says he went outside after hearing the shots, and claims Mr Ungesma was uninjured,

He says Mr Ungesma told him Vanmeter had tried to rob him and asked him to call the cops, reported the Lafayette Journal & Courier.

Police said Billups was standing over one of the victims when they arrived and she had phoned the cops with the same phone she ordered the pizza on, reported WISHTV.