In an interview with The Christian Post, neuroscientist Adam Green, senior investigator in a new Georgetown University study that found the strength of an individual’s faith in God is likely linked to the brain, explained how the new data point to a common thread among people of all faiths.

Green and his neuroscientist colleagues conducted the study “Implicit pattern learning predicts individual differences in belief in God in the United States and Afghanistan“ published this month in the journal Nature Communications.

They found that an individual’s ability to unconsciously predict complex patterns, through an ability known as implicit pattern learning, had a strong correlation with the strength of their belief in a god who creates patterns of events in the universe.

The study, which involved a predominantly Christian group of 199 participants from Washington, D.C., and a group of 149 Muslim participants in Kabul, Afghanistan, is the first of its kind to explore religious belief through implicit pattern learning.

To measure the implicit pattern learning ability of participants in the study, researchers used a well-established cognitive test in which they had to watch a sequence of dots appear and disappear quickly on a computer screen.

They pressed a button for each of the moving dots but some participants in the study — the ones who registered the strongest implicit learning ability — began to subconsciously learn the patterns hidden in the sequence. They pressed the button for dots before they appeared. Even the best implicit learners in the study did not know that the dots formed patterns, which demonstrated that the learning had happened at an unconscious level.

Green, who is an associate professor in Georgetown University’s department of psychology, explained what this could mean for those who believe.

CP: What kinds of reactions have you been getting to the study so far?

Green: It’s been interesting. I think as a researcher, the motivation is to understand things and I think the wider world wants to fit whatever you find into a narrative and it isn’t necessarily the case that the actual data supports a particular narrative one way or another. I think people have a lot of interest in sort of what the study means in terms of whatever their preconceived notions are about belief. And that’s a complicated issue.

It means different things to different people. I think some people have taken it as here’s an indication that somehow religious people are seeing something that nonreligious people aren’t but sort of indicating something deeper. And other people are taking it as well. This is really just people overgeneralizing from the ways their brains interpret visual information. Really I think the point is, the data are just the data. You could be a believer or nonbeliever and these data shouldn’t sway you to be one or another or justify one position or another. It’s about understanding how people come to belief, not whether what they believe is real.

CP: Your study reminds me of the God gene hypothesis (which proposes that human spirituality is influenced by heredity and that a specific gene, called vesicular monoamine transporter 2, predisposes humans towards spiritual or mystic experiences). Do the results from your study point towards a God gene?

Green: Well, I think both genetics and belief would be undersold to think that either could be boiled down to those kind of monolithic terms. I think belief means so many different things to so many different people. It’s such a rich, complex thing and so are genetics. Thirty thousand different genes interacting in so many different ways, no interesting thing that humans do comes from any one gene. That’s not how it works. I do think what we’re finding is that there are hardwired differences between people that influence the way that their brains process visual information and the ways that brains process visual information seems to have some influence on how likely they are to tend toward narratives that emphasize interventionist gods. And so I guess in that sense there is something innate that is biasing people toward or away from belief but it certainly wouldn’t break down to just one gene.

Green: If you look deep into the study, we actually did an online sample with Europeans and that was one of the reasons why. We weren’t able to collect all the same data because it was online rather than in person. Some of the tasks don’t work with the online presentation. We were interested in a broad a sample as possible.

CP: How would you explain why some countries are more religious than others?

Peace talks resume in Afghanistan, hopefully agreement can be reached 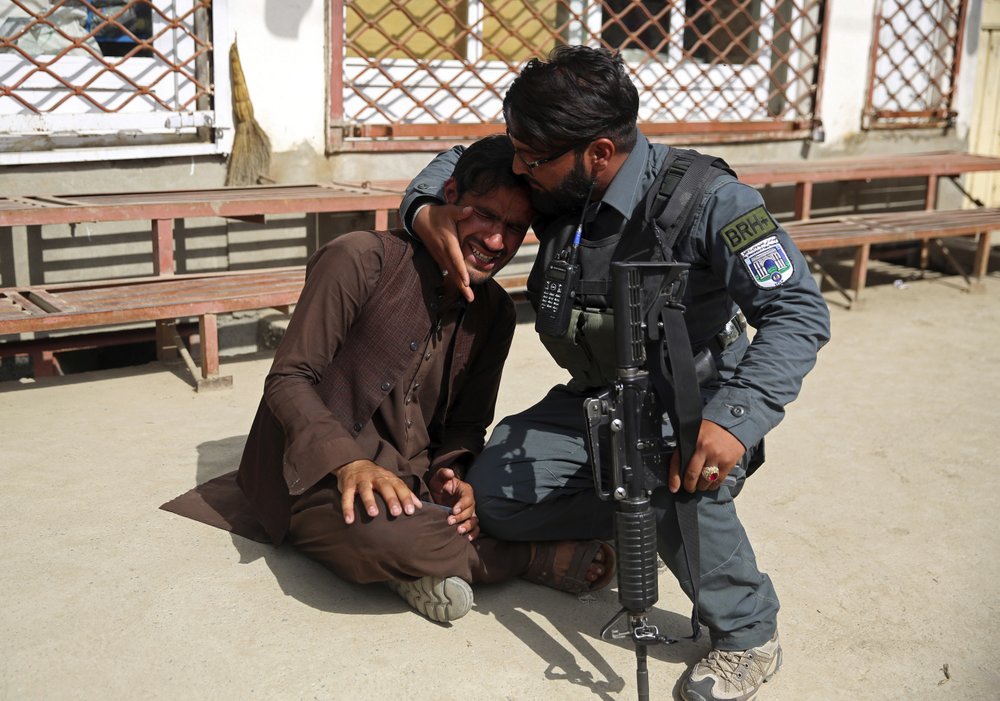 Hopes of moving toward peace after decades of war has been crushed by crime, conflict, chaos in Afghanistan