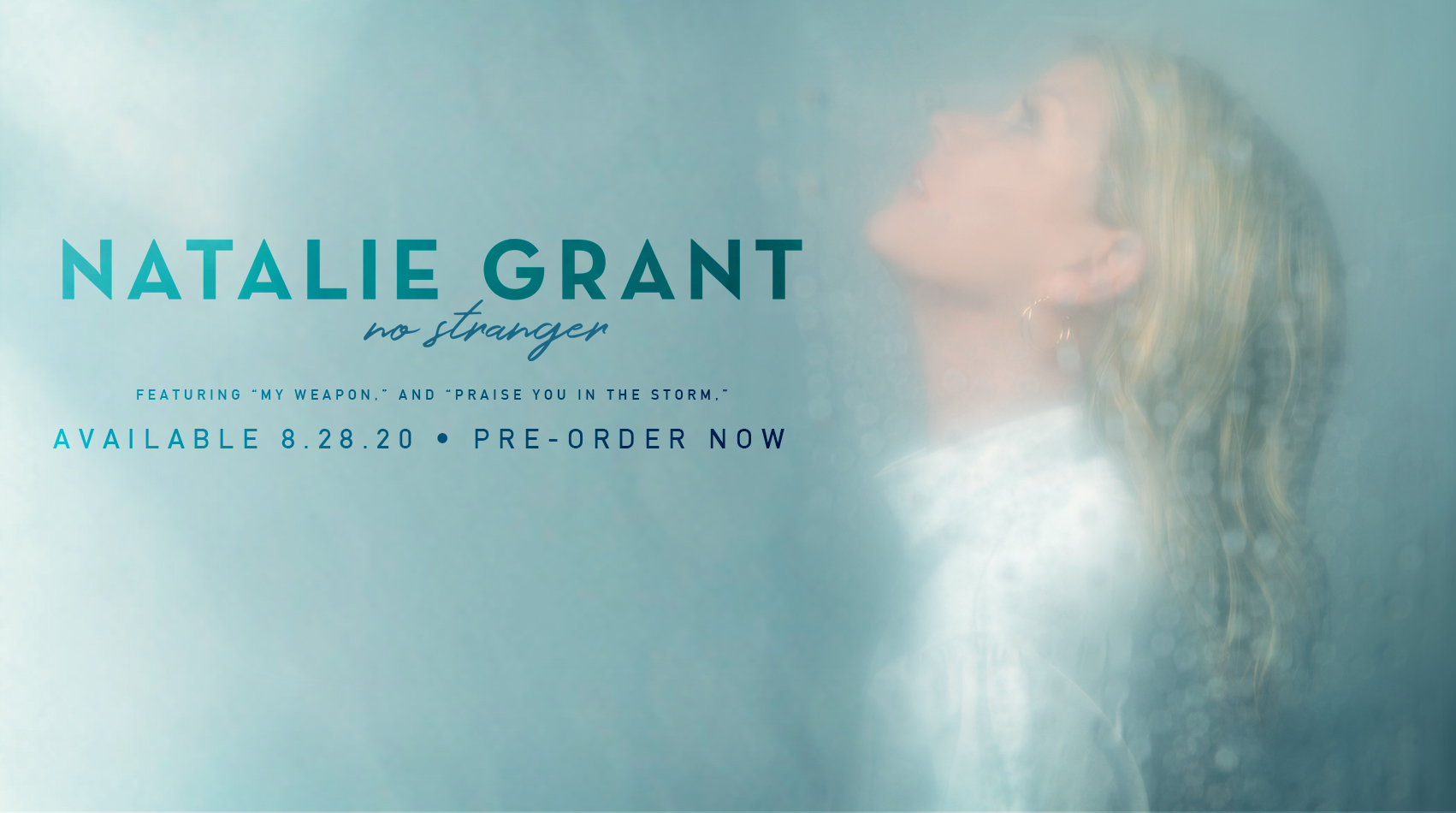 Christian singer Natalie Grant believes some American churches have allowed religion and politics to lead them, and her message to believers is that now isn’t the time to be legalistic, but instead to press into the presence of God.

Grant released her 10th studio album, No Stranger, on Friday and says her new music is a collection of songs focused on her revelation that God’s presence is the answer to everything needed in this world today.

No Stranger is a collection of songs created by Grant and her husband, Grammy Award-winning songwriter and producer Bernie Herms, who produced the record. The 11 songs are orchestral arrangements composed by her husband, who co-wrote half of the album’s tracks.

The singer insists that God shows Himself to everyone who seeks Him. Grant says He is not a stranger to anyone and that is where the inspiration for her album title came from.

The mother of three and cancer survivor said her visible scar on her neck serves as a reminder of God’s faithfulness. Grant’s prayer is that through her music, people would be reminded that He is known to them too.

The new single “Face To Face,” along with the Dove-nominated collaboration with Steven Malcolm titled “Even Louder” and worship anthem “My Weapon,” are all included in No Stranger.

The following is an edited transcript of Grant’s interview with The Christian Post where she shared the inspiration for her album and explained why she believes God strategically placed her in a position to create music that can help Christians draw closer to Him amid a contentious political season, racial unrest and a global pandemic.

CP: Will you share why you decided to release an album during these times?

Grant: It’s funny because we didn’t record it during this time and I don’t think that we would have ever thought, ‘”There’s going to be a pandemic, and the whole world is going to feel like it’s turned upside down, and we’re going to release music for such a time as this.” But now, looking at the message of the music, it’s like, we say God is sovereign and then we’re always surprised when He is.

This is the longest I have ever gone in my 21-year career between making new music. It’s been five years since I’ve released a record. That wasn’t intentional; it was just I had a lot of life happened in those last five years. I’ve never been a quick creative anyway. But for me, I usually have to fail at life, fall down, Jesus picks me back up, I learn a lesson, and then I write a song about it. There was a lot of that these last few years. So we’re writing these songs but what I was writing songs about, I had no idea that God would use them in such a powerful way in this season.

CP: What are some of the topics you explore on this record?

Grant: The whole record, there’s one thread, and that is the power of the presence of God. I’ve been walking with Jesus for more decades than I’m going to admit to you, but a long time. I feel like in the last few years, I have experienced His presence in a deeper and more profound and more personal way, maybe than ever before. It’s learning the difference between His omnipresence, which is Him at all places at all times, everywhere at once, and His manifest presence, which is His presence made known.

The Bible talks a lot about how He is near to the brokenhearted, He is near to those who are crushed in spirit. Yea, though we walk through the valley of the shadow of death (Psalms 23:4) that we don’t have to fear because He comforts us, He’s with us, He upholds us.

It’s not that He’s not near us when we’re on the mountaintop, He just doesn’t talk about it as much. There’s not as many scriptures that say, “I’m with you when you’re on top of the mountain; I’m with you when life is amazing.” It’s that constant reminder that when life doesn’t make any sense and it feels like there’s nothing amazing, that He is with us. That’s how we can have a peace that passes understandings.