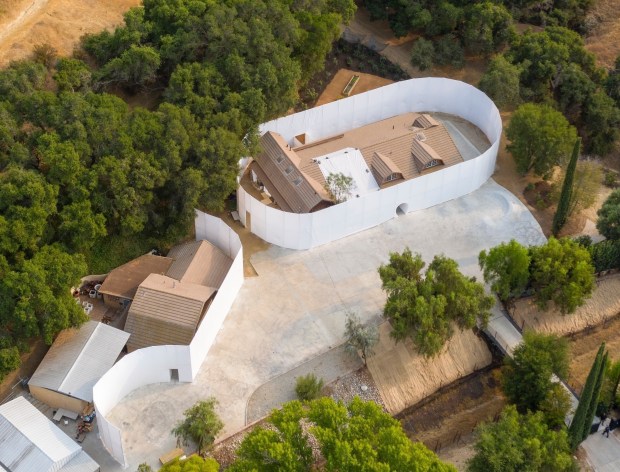 Kanye West built a white wall around the Los Angeles home he shares with wife Kim Kardashian and their four children.

The 43-year-old rapper made the decision to erect the walls around the ranch house where he has also based his church, Sunday Service.

The walls surround two different buildings, with entrance to one building via a circular tunnel.

The Sun understands it is also the same site where Kanye planned to build Star Wars-inspired dome buildings as affordable housing, before he was ordered to take them down by the Los Angeles County Department of Public Works for building without permits.

In July 2020 he shared a picture of the domes being rebuilt, allegedly in Wyoming where he and Kim own two further ranches.

The famous family also own two properties in Hidden Hills home, with their main residence – purchased in 2014 – now reportedly worth $60 million.