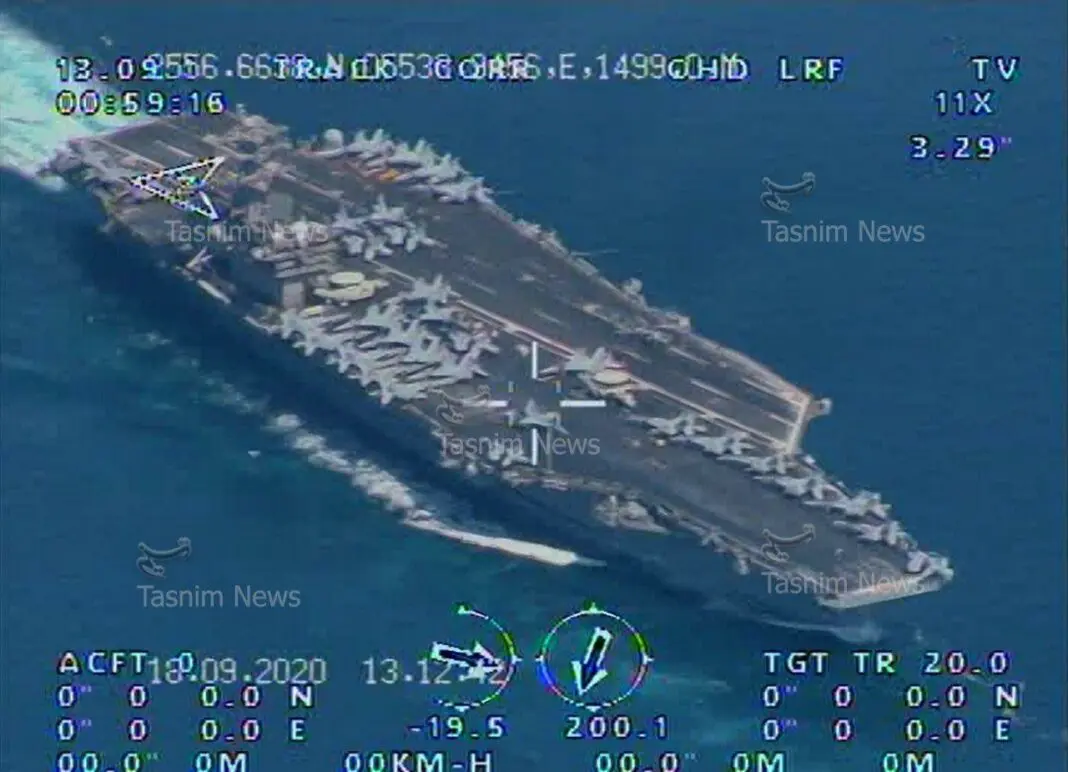 Iranian state media on Wednesday published a photo set showing the US carrier group led by USS Nimitz transiting the Strait of Hormuz which Tehran says was gained after domestic-build spy drones “intercepted” the carrier.

State-run Tasnim reports: “In remarks on Wednesday, IRGC Navy Commander Rear Admiral Ali Reza Tangsiri said the homegrown drone has detected the US carrier strike group before the flotilla cruised through the Strait of Hormuz and into the waters of the Persian Gulf.”

The Nimitz along with battleship escorts sailed through the area last Friday, according to separate reports.

Tunsgiri made the remarks upon the occasion of a military ceremony marking the IRGC’s naval force receiving nearly 200 domestic produced drones and helicopters.

The IRGC Rear admiral described, “Monitoring and tracking all maritime movements in the Gulf, the Strait of Hormuz and the Sea of ​​Oman will be made possible by these drones that will greatly increase our capabilities in this area.”

The US sail through appears to have occurred without incident despite the Iranian drone mission.

The drone photo set had already been circulating among Middle East analysts and think tanks in the West, which confirmed their authenticity.