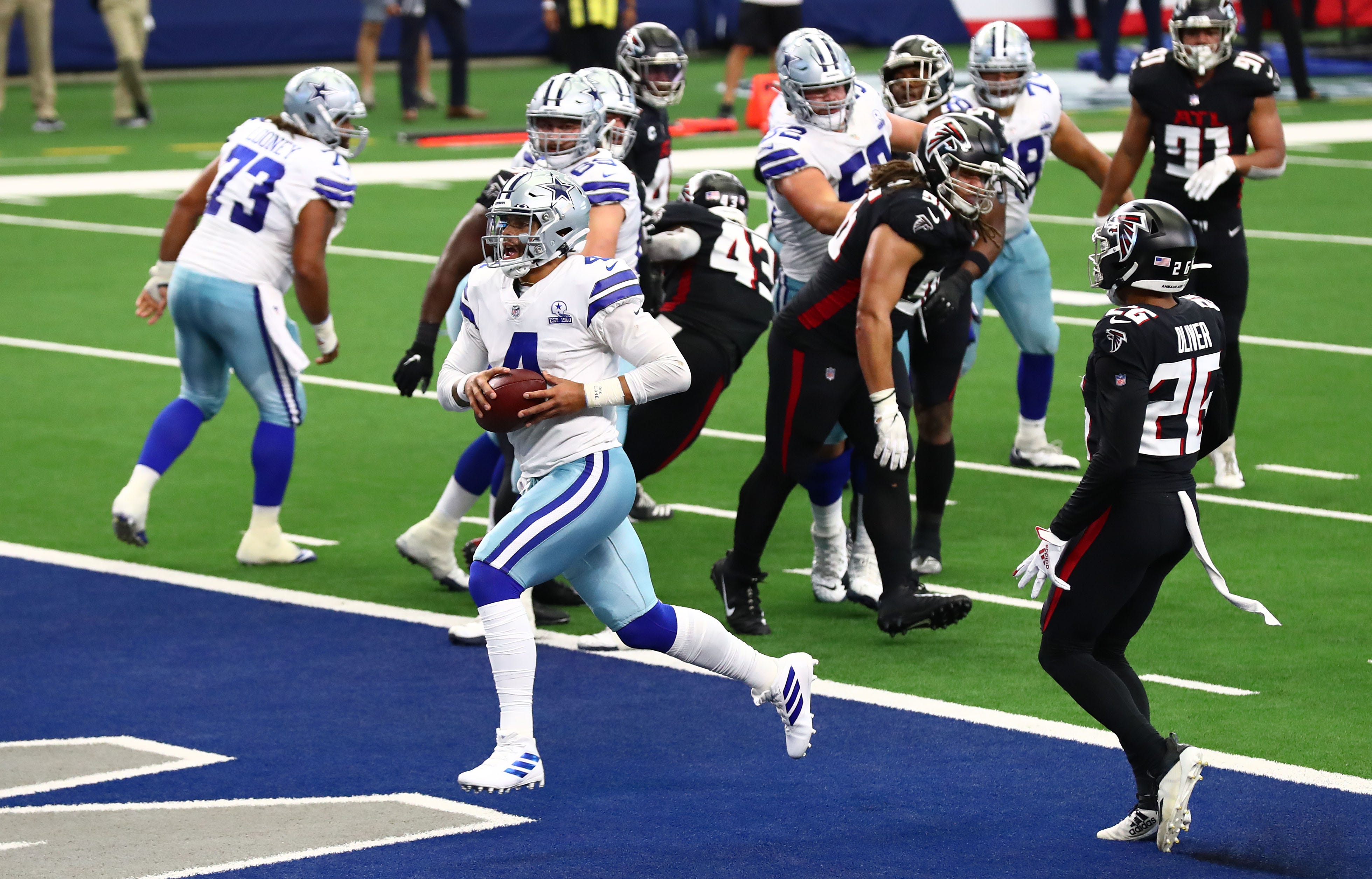 It took a last-minute comeback and another collapse by the Atlanta Falcons, but Mike McCarthy notched his first win with the Dallas Cowboys in his home debut, albeit in a fashion much more dramatic than the coach likely would have wanted.

The Cowboys erased a 20-point deficit Sunday and scored 16 points in the final five minutes to beat the Falcons 40-39, avoiding the franchise’s first 0-2 start since 2010.

After quarterback Dak Prescott scored his third touchdown of the day to cut the Cowboys’ deficit to two points with 1:49 remaining, C.J. Goodwin recovered an onside kick to keep Dallas’ hope alive. Prescott connected with rookie receiver CeeDee Lamb for a 24-yard gain that helped set Greg Zuerlein up for the game-winning 46-yard field goal as time expired.

Prescott finished with 450 yards passing and four total scores. No other played in NFL history has passed for more than 400 yards and rushed for three scores in a single game.

“We weren’t supposed to win that game,” said running back Ezekiel Elliott, who had 89 rushing yards and one touchdown on 22 carries. “It’s a testament to the type of guys we have in this locker room. We got it done.”

The result marked a stunning turn for both sides after Dallas fell in a deep hole from the outset of the game. Three first-quarter turnovers proved costly for the Cowboys, as the Falcons scored 17 points off the fumble recoveries. Atlanta added another field goal following a turnover on downs when punter Chris Jones was unable to complete a pass on a fourth-down trick play.

Despite taking advantage of Dallas’ miscues, Atlanta had its own to bemoan. Wide receiver Julio Jones was unable to haul in a would-be touchdown pass from fellow receiver Russell Gage in the third quarter.

“It’s tough to put a loss like that in place,” Falcons coach Dan Quinn said. “I told the team there has to be a lesson in the pain of that loss … definitely one that stings.”

“This is a big moment to build off,” McCarthy said. “We found out a lot about ourselves today. I can’t tell you how proud I am of our players.”