Rep. Karen Bass, a possible top-tier contender to be Joe Biden‘s running mate has had to row back on remarks she made in 2010 where she was heard praising the Church of Scientology.

On Friday, video emerged of an event from 2010 at which the California Democrat spoke at a ceremony for a renovated Scientology Church in Los Angeles.

During her remarks, while calling for people to treat one another with respect and fight oppression, she also spoke highly of the Church’s controversial founder, L. Ron Hubbard.

‘The Church of Scientology, I know, has made a difference, because your creed is a universal creed and one that speaks to all people everywhere,’ Bass said in front of an audience of 6,000 people.

‘That is why the words are exciting, of your Founder L. Ron Hubbard, in the creed of the Church of Scientology: That all people of whatever race, color or creed are created with equal rights.’

On Saturday, Bass sought to clarify the remarks and said she was trying to find an ‘area of agreement’ with the church, which has faced a number of allegations from former members of abuse, human trafficking and intimidation.

‘Back in 2010, I attended the event knowing I was going to address a group of people with beliefs very different than my own, and spoke briefly about things I think most of us agree with, and on those things — respect for different views, equality, and fighting oppression — my views have not changed,’ Bass stated in a tweet.

‘Since then, published first-hand accounts in books, interviews and documentaries have exposed this group.’

Bass did not state what her current views of the church are but mentioned that ‘everyone is now aware’ of the allegations against it.

The Congressional Black Caucus chair also stated that she’s not a Scientologist, underscoring that she worships at a Baptist church in south Los Angeles.

Bass’s record is now coming under scrutiny as she appeared to be rising to the top of Joe Biden’s possible picks for vice president.

On Friday, the Trump campaign made her a target noting that worked in Cuba during the 1970s alongside a group that aligned itself with Fidel Castro’s government, the Venceremos Brigade.

The group was a joint venture between the regime and left-wing U.S. groups that organized trips for Americans to build homes in the country.

When Castro died in 2016, she referred to him as ‘commandante en jefe’ (commander in chief), and said his passing was a ‘great loss to the people of Cuba.’

Bass has been back to Cuba several times and when she returned in 2016 tweeted a a picture from her 1973 visit.

‘She was always pro-Castro & later mourned his death,’ Trump campaign spokesman Tim Murtaugh tweeted Saturday. ‘Whether Biden picks her or not, he’s written off Cuban-American voters just by considering her.’

On a call organized by the Trump campaign, Sen. Marco Rubio (R-Fla.) laid into Bass for ‘showing a stunning amount of interest in the Cuban Revolution,’ according to the Palm Beach Post.

‘She will be the highest ranking Castro sympathizer in the United States government,’ Rubio said of Bass should she be selected to be Biden’s running mate.

‘If I had to make that statement over again, I wouldn’t use those words,’ she said in an article in The Atlantic this week adding she hadn’t fully realized how Cuba and Castro were seen in Florida, as opposed to California.

Biden has said he will announce his pick for VP later this month. 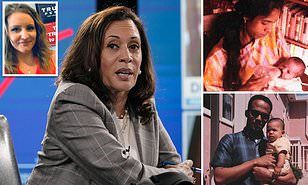