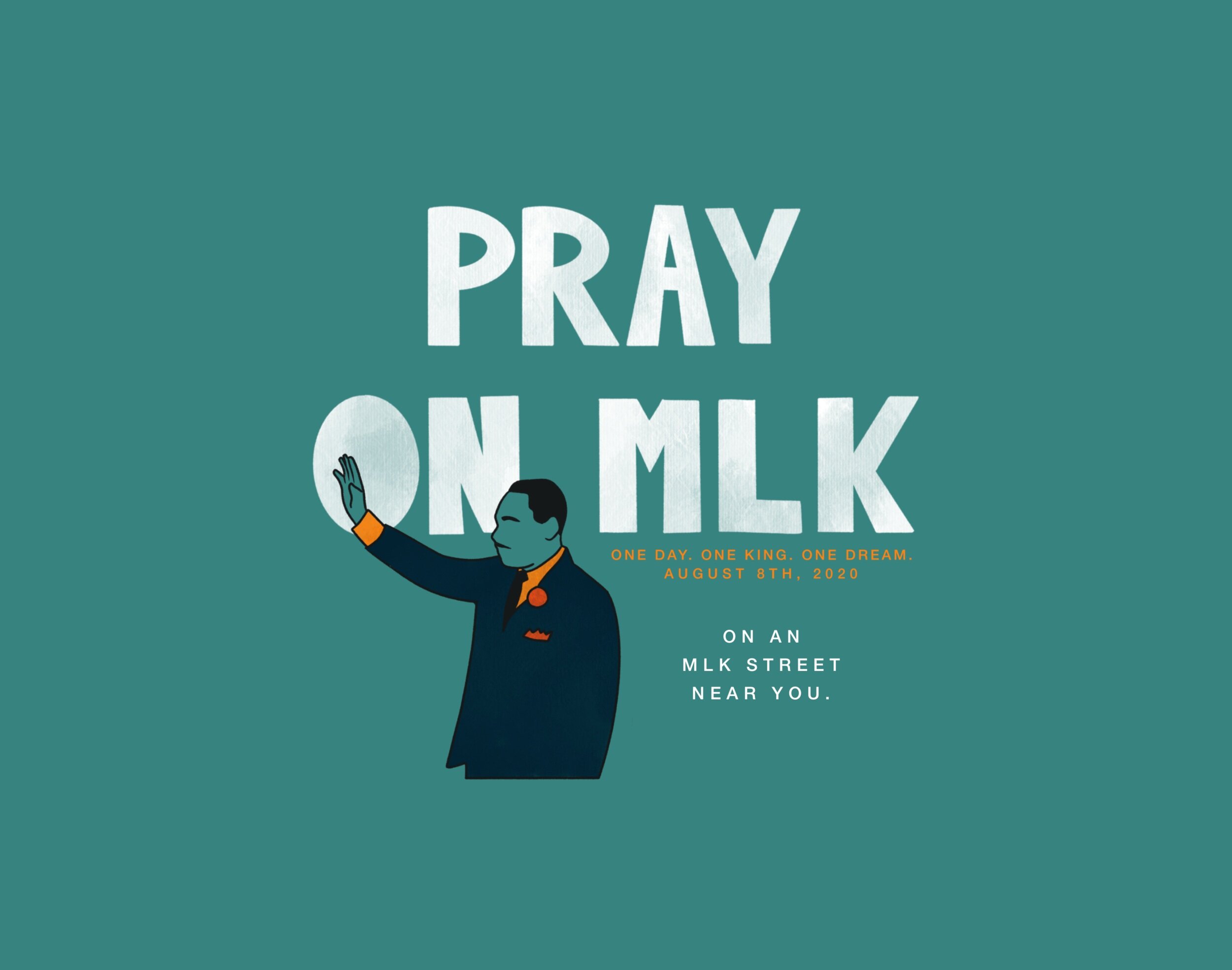 Thanks to one woman who stood alone in Illinois, all 50 states were represented in a global prayer meeting on Martin Luther King boulevards and monuments on Aug. 8.

Pray on MLK, which included 10 nations, transformed public streets and memorials into altars of repentance and worship for two hours beginning at 6:01 p.m., the time a shot was fired at Martin Luther King Jr. in 1963.

Rather than a one-time gathering, leaders of the historic Pray on MLK are preparing a movement. And they’re buoyed by the action of the woman who personally invested almost $600 to promote Pray on MLK in Illinois.

She is the one person the Lord chose to pray for justice, righteousness and racial reconciliation there, according to Pray on MLK leaders, who applauded her vigilance and passion standing alone.

“If you look at Ezekiel 22, which is really the basis for the structure that we did with the prayer moment, it says in verse 30 that the Lord searched for a man to repair the wall and stand in the gap for him on behalf of the land. But he found no one,” said Jonathan Tremaine Thomas, a pastor who participated in Pray on MLK in St. Louis, Missouri, where many witnessed a heavenly sign.

In Illinois, the Lord found a woman named Colleen Feehan who jumped on board Pray on MLK the minute she heard about it, paying for radio and newspaper advertising and utilizing social media as well.

“Not one single person showed up,” Feehan said. “I was devastated at first. I made up my mind that I would stay there for the whole two hours, regardless.

“I did actually meet one elderly African American woman the last five minutes of my two hours there. She was a sweetheart,” Feehan said, eliciting applause from Pray on MLK leaders around the nation and her regional director in Illinois.

“I really felt called to do this—not for applause—in a super-committed way.”

From Pray on MLK gatherings like Feehan’s to gatherings of 500, all were victories because success is measured by faithfulness in showing up, said Thomas. In addition to being a pastor, Thomas is director of Civil Righteousness, which linked arms with Pray on MLK and its leaders.

“The Bible says where two or more are gathered in the Name of Jesus, He is there,” said Thomas, the founder of Civil Righteousness. The organization exists to equip culture to become manufacturers of peace and instruments of righteousness through spiritual wholeness and moral excellence.

Thomas said he, like Feehan, wondered about the success of Pray on MLK the next morning, asking if the event fulfilled God’s vision and heart.

“I got a text message from my mother-in-law in North Carolina about an earthquake that that morning,” said Thomas who, as Pray on MLK St. Louis began the night before, commented to his wife and leaders that the ground and atmosphere was about to shift.

It began to rain for a moment, then stopped, with a triple rainbow appearing in the sky, seemingly a sign like weather including earthquakes, hurricanes, wind and rain, and discerning the times spoken by the Lord in Luke 12.

In Charlotte, North Carolina, also a Pray on MLK site, a leader was awakened by the earthquake.