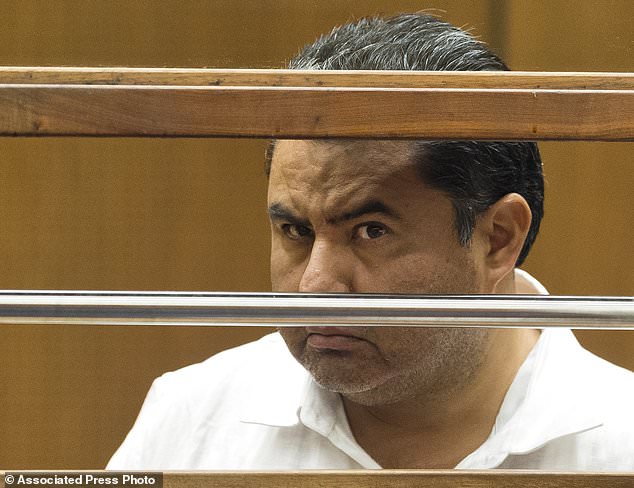 The leader of a megachurch in Mexico has been charged with child rape and human trafficking in California, almost four months after an appeals court tossed out previous allegations due to prosecution errors.

Naasón Joaquín García, who bills himself as the apostle of La Luz del Mundo, was charged with three dozen felony counts.

Prosecutors argue the three committed sex crimes and produced child pornography involving five women and girls who were members of the church, which is based in Guadalajara, Mexico.

The alleged crimes took place in Los Angeles County between 2015 and 2018.

García, 50, and Oaxaca were arrested in June 3, 2019 after stepping out of a plane at Los Angeles International Airport. Ocampo was apprehended in Los Angeles the same day.

García and Ocampo were already being held in custody in Los Angeles County while prosecutors decided whether to refile charges. He was rebooked on $50 million bail and Ocampo was booked on $25 million bail, while Oaxaca remained free on bail, according to the California attorney general’s office.

García is the spiritual leader of La Luz del Mundo, which is Spanish for ‘The Light Of The World.’ The evangelical Christian church was founded by his grandfather in 1926 and claims 5 million followers worldwide.

In April, an appeals court ordered Los Angeles Superior Court to dismiss charges against García, ruling that his preliminary hearing was not held in a timely manner and he did not waive his right to one.

That time, he did not waive the time limits for a preliminary hearing.