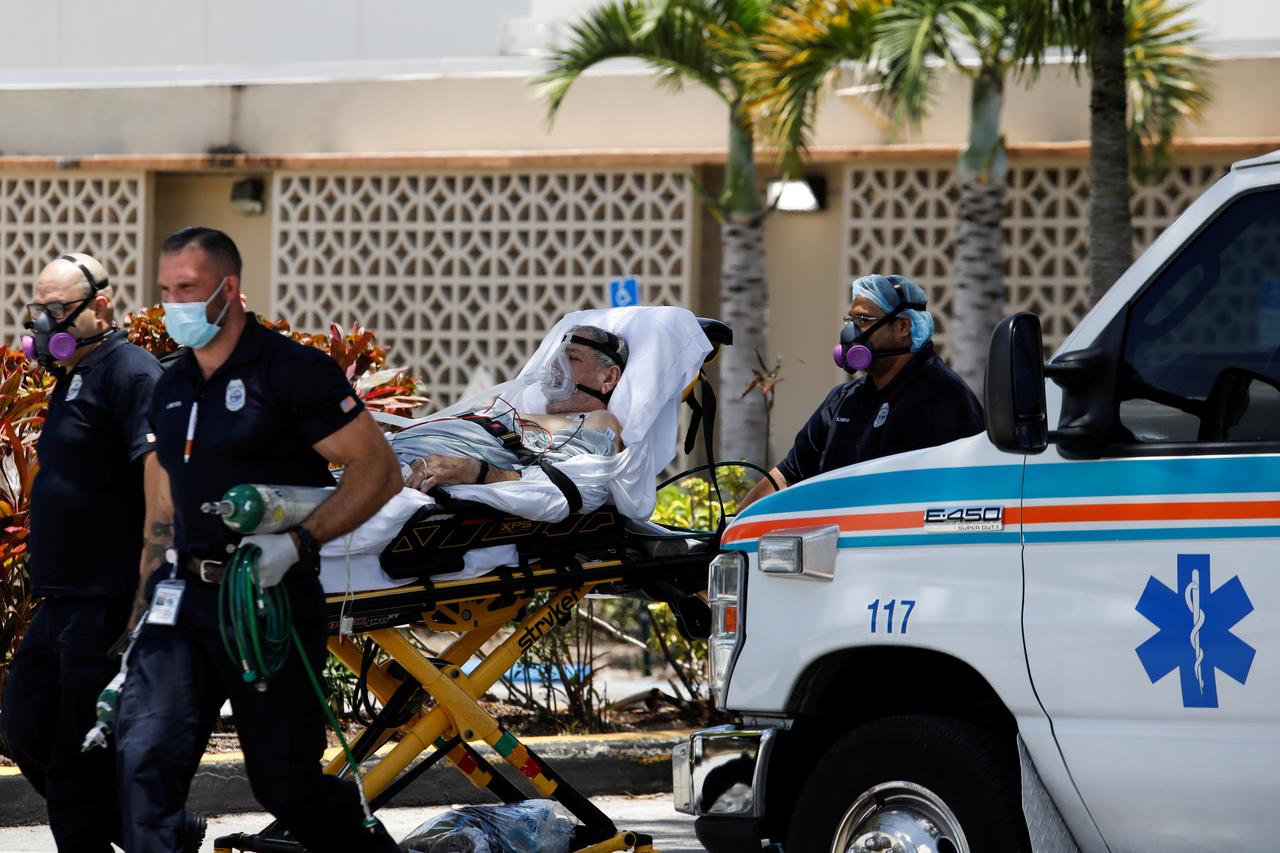 July 31 (Reuters) – Florida reported a record increase in new COVID-19 deaths for a fourth day in a row on Friday, with 257 fatalities in the last 24 hours, according to the state health department.

In numerical terms, the loss of life is roughly equivalent to the number of passengers on a single-aisle airplane.

Florida also reported 9,007 new cases, bringing its total infections to over 470,000, the second highest in the country behind California. Florida’s total death toll rose to nearly 7,000, the eighth highest in the nation, according to a Reuters tally.

Florida is among at least 18 states that saw cases more than double in July.

Florida reported record one-day increases in cases three times during the month, with the highest on July 12, at 15,300 new cases in a single day.

Nationally, deaths are rising at their fastest rate since early June and one person in the United States died about every minute from COVID-19 on Wednesday as the national death toll surpassed 150,000, the highest in the world. (Graphic: https://tmsnrt.rs/2P87LUu)

COVID-19 deaths have risen for three weeks in a row while the number of new cases week-over-week recently fell for the first time since June. (Reporting by Lisa Shumaker in Chicago and David Shepardson in Washington, Editing by Rosalba O’Brien)