A Cuban restaurant owner in Louisville is slamming Black Lives Matter activists for sending him and other small business owners a list of diversity demands that they were told to meet or risk repercussions like ‘having their store fronts ‘f****d with’.

The letter went out to business owners in East Market District in Louisville, also known as NuLu, during a protest on July 24 that forced some of the businesses in the area to close.

It also listed a series of ‘repercussions’ if the businesses didn’t comply which included a boycott, social media shaming, and an ‘invasive reclamation’ whereby black owned businesses with competing goods of services would set up ‘booths and tables’ outside the store fronts.

They say that the neighborhood has been able to flourish after the demolition of a housing project in the 2000s that robbed the black community of opportunities and wiped out their homes.

Fernando Martinez, who owns La Bodeguita de Mima, claims that one of the activists warned him: ‘You better put the letter on the door so your business is not f*cked with.’

For the next two days after the protest, he claims he kept his restaurant closed because staff feared for their safety. It meant that more than 30 staff members were not able to earn a paycheck.

He took to Facebook to accuse them of ‘mafia tactics’ and said that while he respects the movement and wants to support it, it’s unfair for his business and safety to be threatened.

‘There comes a time in life that you have to make a stand and you have to really prove your convictions and what you believe in.

‘All good people need to denounce this. How can you justified (sic) injustice with more injustice?’ he wrote on Facebook.

On Sunday, he spoke at a rally with other members of the Cuban community to express their support for BLM but also share their position that they shouldn’t be strong-armed into anything. 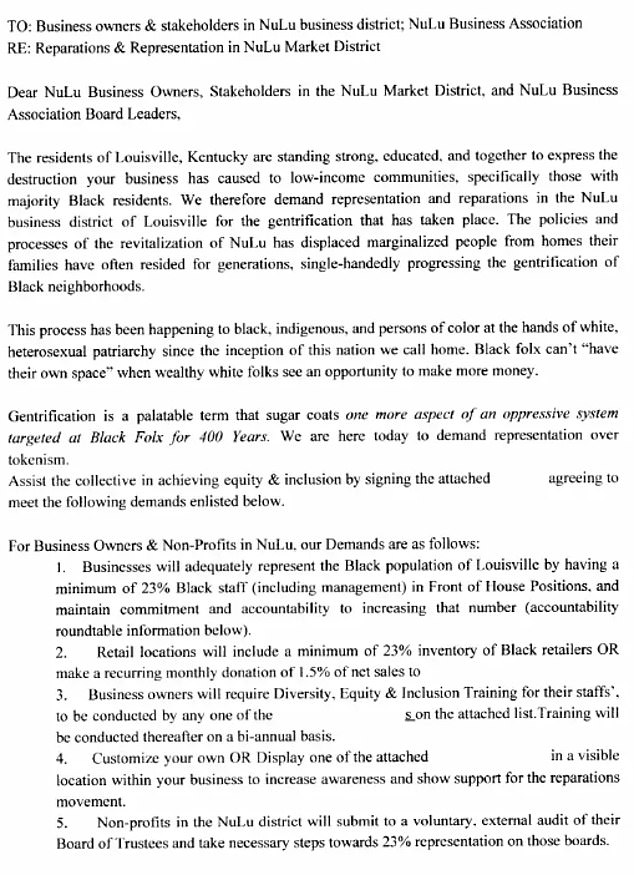 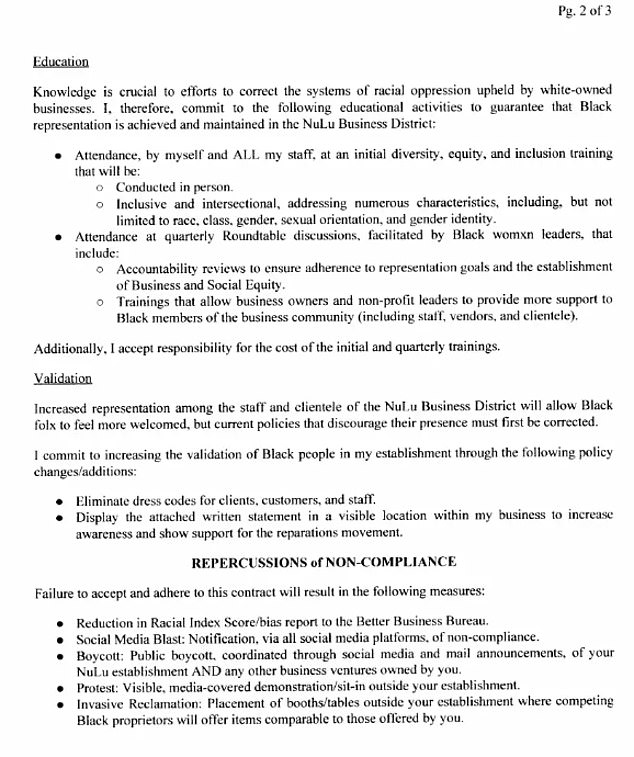 ‘There are people out there who are trying to define who I am as a man, who I am as a businessman, and who we are as a community.

‘We need to come together as a community. We’re not an enemy of the Black community.

‘The Cuban community is not the enemy of the Black community.

Another said: ‘The reason we are here is because the system, because socialism doesn’t work. It doesn’t work.’

‘You’re attacking a Black-brown establishment, but you’re in the name of Black Lives Matter? Wait a minute, something’s weird about this,’ she said.

The BLM protesters in Louisville say the list was not a set of demands but that they want to start a conversation with local businesses.

Some have agreed to their requests, they said.