— Deaths are mounting rapidly in the U.S., and cases are rising in close to 30 states in all. The outbreak’s center of gravity seems to be shift from the Sun Belt toward the Midwest.

— More than 1.4 million laid-off Americans applied for unemployment benefits last week, further evidence of the devastation the coronavirus outbreak has unleashed on the U.S. economy.

— An AP NBA reporter’s town was hard hit by the coronavirus in the suburbs of New York. He shifted from covering sports to covering the virus and protests in the city. Now he’s heading to the bubble in Orlando to cover the NBA, which begins its postponed season.

NEW ORLEANS — Dozens of demonstrators gathered Thursday in front of the city’s First City Court where evictions are held to protest that people are being evicted at a time when the coronavirus pandemic is still raging.

Earlier in the pandemic, a statewide moratorium protected renters from eviction, but that ended June 15. Shouting “Hey, hey, ho, ho, eviction court has got to go,” they blocked people from entering the court. A smaller group also prevented people from going into the main entrance of City Hall next door, while occasionally shouting “The door is closed!”

Frank Southall, an organizer with the New Orleans Renters Rights Assembly, said if people are evicted they are often moving in with elderly family members or other people. The ease with which the coronavirus spreads among close living situations means that could potentially help spread the disease. Since many of the city’s tourism-focused jobs haven’t returned yet, he’s worried that allowing evictions to continue could contribute to thousands of people becoming homeless.

White House coronavirus task force leader Dr. Deborah Birx traveled to Nashville this week to implore leaders to close bars and residents to wear masks. Referring to her visit, Dr. Alex Jahangir, head of Nashville’s coronavirus task force, said during a Thursday news conference that Birx had made clear to them the virus is increasingly a rural problem.

As rural hospitals begin to fill, they will start sending patients to Nashville, Jahangir said. The city on Thursday had only 12% of intensive care beds open, he said.

Nashville Mayor John Cooper said the city is continuing to press for a coordinated response to the virus. Nashville currently requires masks to be worn in indoor public settings as do most of the surrounding counties, but Gov. Bill Lee has rebuffed calls for a statewide mask mandate even as virus case numbers and hospitalizations have continued to rise statewide. Tennessee surpassed 1,000 deaths from the virus on Wednesday.

Sens. Bill Cassidy and John Kennedy are among Republicans supporting Senate Majority Leader Mitch McConnell’s proposal to cut the benefit to $200 a week, which would be in addition to state unemployment pay.

“That would sever a critical lifeline at a time when coronavirus cases are spiking, businesses continue to face mass closures, and whole industries have been decimated,” protest organizers from numerous labor unions and activist groups said in a news release.

OMAHA, Neb. — The Douglas County board has approved a plan to spend $1.85 million in federal coronavirus relief funding to buy a mobile command center for the county sheriff’s office, despite objections from three board members who said the money should be used for rent assistance and other human needs.

The Omaha World-Herald reports that the board voted 4-2 Tuesday to approve the expenditure, with Sheriff Tim Dunning and supporters saying the vehicle could be used for mass vaccinations in rural parts of the county.

BURLINGTON, Vt. — Vermont reported its first new death from the coronavirus in 43 days on Thursday, bringing the state’s total number of deaths since the pandemic began to 57.

“We have been uniquely fortunate to have been spared such a loss for many weeks,” said Vermont Health Commissioner Dr. Mark Levine in a written statement.

The state also reported one new case of COVID-19, the illness caused by the virus.

The state is maintaining a relatively low rate of new positive cases because of “the cooperation and sacrifices Vermonters,” he said.

The Florida Department of Health says that raised the state’s total death toll to 6,586.

The new deaths bring the average reported deaths per day to 154 for the past week, second only to Texas in the current resurgence of the outbreak.

The head of a congressional coronavirus oversight panel sent letters to Florida Gov. Ron DeSantis and three other Republican governors Wednesday requesting documents to show how their states are fighting the pandemic.

According to the letter sent by South Carolina Rep. James Clyburn, a Democrat, Florida is not following three recommendations outlined in a White House coronavirus task force report. It says the state is allowing gyms to remain open even in worst-hit Miami and Tampa, permitting a larger capacity for indoor dining and not limiting social gatherings.

Evers, a Democrat, declared a new public health emergency and ordered the wearing of masks for anyone age 5 and up starting on Saturday for all enclosed spaces except a person’s home. The order also applies to outdoor bars and restaurants except when people are eating or drinking.

Republican legislative leaders oppose a mask mandate, but they have stopped short of saying whether they would sue if Evers enacted one.

COLUMBUS, Ohio — The Ohio pharmacy board reversed course Thursday and tossed a rule that would have prohibited use of a malaria drug for patients with COVID-19.

The decision followed public feedback and a request by Gov. Mike DeWine to ditch the rule.

At issue was the prescribing of the drug hydroxychloroquine, whose effectiveness for the coronavirus has been widely questioned. On Wednesday, the pharmacy board banned its use as a coronavirus treatment, noting that the Food and Drug Administration previously revoked the emergency use of the drug.

But on Thursday, FDA Commissioner Dr. Steven Hahn said on NBC’s “Today” show that the drug’s use should be between doctor and patient. DeWine said he agreed with that assessment.

WASHINGTON — Public schools in the nation’s capital will open with full-time distance learning in the fall.

The announcement Thursday by Washington Mayor Muriel Bowser was widely expected as all surrounding school districts in northern Virginia and southern Maryland had made the same decision.

Bowser had planned to use a hybrid model with most students attending classes inside school buildings two days per week. But coronavirus infections have increased.

Bowser says the decision was based on a combination of virus metrics, parental concerns and opposition from the teacher’s union to opening up public school buildings.

The online learning will last the entire first term, which ends on Nov. 6.

He says the number of the new coronavirus cases are still rising while the Jakarta government is aggressively doing tracking, tracing and treatment to prevent the transmission of the virus.

Jakarta has become the first epicenter of coronavirus in the country since the outbreak started in March. By Thursday, there were 20,969 confirmed cases and 817 deaths in Jakarta.

But the Springfield Public Schools plan to reopen with students attending classes for two days and other days of online learning. Republican Gov. Mike Parson has said he supports that plan.

Parson says he understood the frustration of many parents who want their kids back in the classroom full-time.

AMSTERDAM — Authorities in Amsterdam and Rotterdam say people must wear face masks in busy parts of the Dutch cities on Aug. 5.

Those age 13 and over will have to wear a face mask on the street and in shops. The Amsterdam-Amstelland Security Region says the new measure is an experiment and doesn’t replace social distancing guidelines.

In Rotterdam, masks will be mandatory in the city’s main downtown shopping area, three markets and two malls. Rotterdam authorities say those not wearing masks will be asked to leave the area and could face a fine.

NEW DELHI, India — India’s Health Ministry says herd immunity in the country can’t be an option due to its large population and it will need a vaccine to beat coronavirus.

Rajesh Bhushan, a senior Health Ministry official, says “With India’s population, to build herd immunity without vaccination is not a strategic choice or option.”

Herd immunity is when a virus can no longer spread easily because enough people are immune to it. India has a population of 1.4 billion people.

For months, the Indian government has highlighted India’s recovery rate, but experts say it is not the best way to measure the effect of the pandemic.

India has 1.5 million coronavirus cases, the world’s third-highest caseload after the United States and Brazil. There have been nearly 35,000 confirmed deaths.

JOHANNESBURG — The World Health Organization says the number of ventilators has more than tripled across sub-Saharan Africa since the start of the coronavirus pandemic.

WHO Africa chief Matshidiso Moeti says the initial 3,000 machines have increased to more than 10,000. She notes the dynamics differ across Africa’s 54 nations but “overall the pandemic is increasing and accelerating.”

African countries locked down early as the virus spread elsewhere in the world. Moeti says she believes they averted a worse situation, but cases will climb as governments ease lockdown measures.

BUCHAREST, Romania — Romania is enacting a country-wide curfew for bars and restaurants.

The daily number of confirmed infections has been hitting new highs for three consecutive days, reaching 1,356 on Thursday. Authorities reported 35 virus-related deaths, raising the total to 2,304.

The Romanian government passed an order Thursday requiring all restaurants and bars in the country to shut down by 10 p.m. on weekdays and 11 p.m. on weekends. The order takes effect on August 1.

Also, several villages and the small town of Faget, in western Romania, were placed under lockdown by local authorities following a surge of coronavirus cases.

Romania, a nation of 19 million people, has confirmed more than 49,500 virus cases.

COPENHAGEN, Denmark — Denmark is allowing people to travel to neighboring Sweden, while Norway urged people to avoid non-essential trips to Belgium after a recent surge in coronavirus cases.

The countries issued their announcements on Thursday.

Meanwhile in Brussels, the European Union announced Algeria is no longer safe to travel to because of the coronavirus. 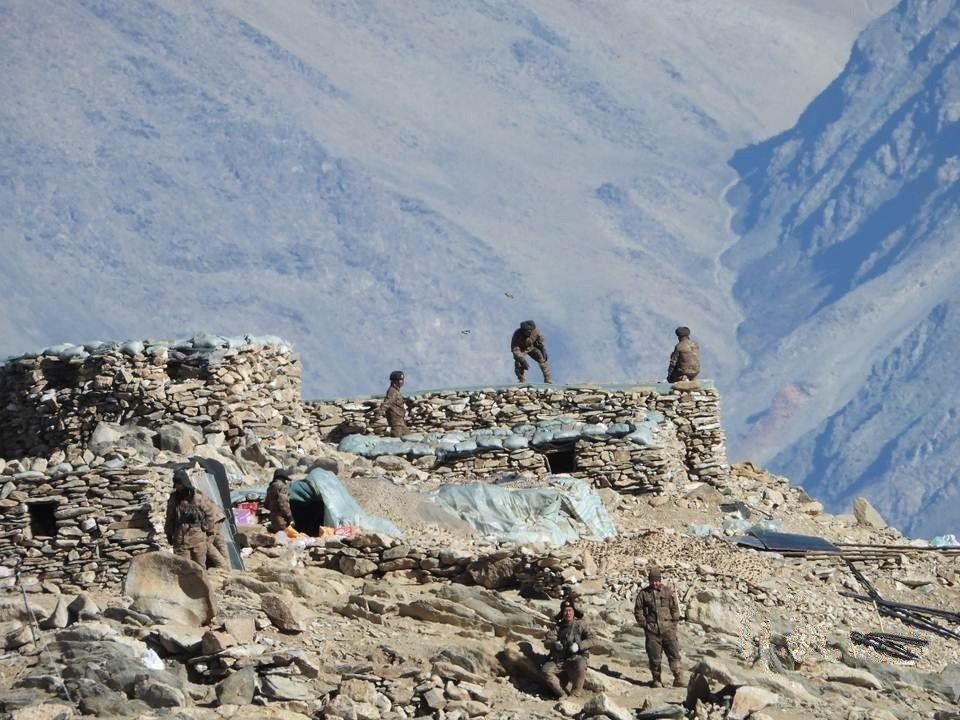