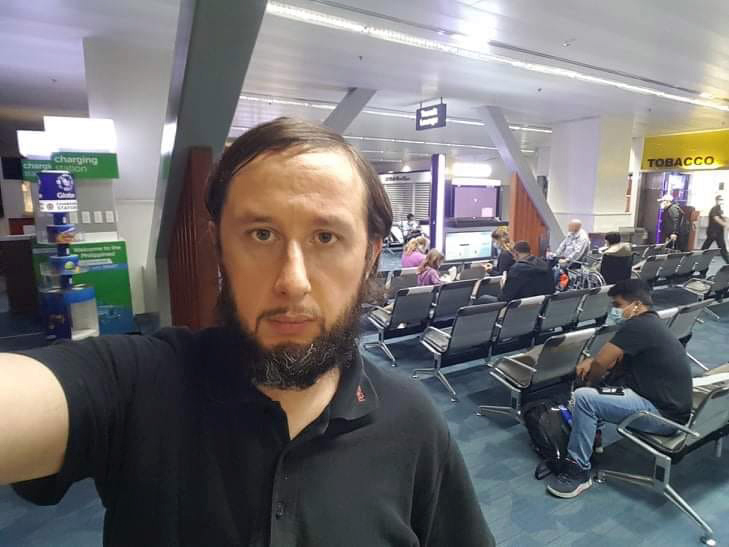 A TOURIST is pleading to be rescued after spending more than 100 days living in an airport in a real life echo of Tom Hanks film The Terminal.

Roman Trofimov has been staying in the departures area of Manila airport in the Philippines since he arrived on an AirAsia flight from Bangkok on March 20.

The Estonian, who had been travelling around Southeast Asia, said his passport was taken before he went through immigration.

He was denied entry into the Philippines as entry visas were no longer being issued for arrivals.

Roman was then caught up in the ensuing chaos and confusion – and left without anywhere to go.

And so ever since he has been living in the airport – with a total of 110 days between March 20 and July 7.

It echoes the plight of Hanks’ character Viktor in the 2004 film where he is forced to live at New York’s famous John F. Kennedy Airport after being denied entry to the US.

Hanks – a citizen of fictional nation Krakozhia – discovers his passport is no longer valid after a coup in his homeland.

And so has to make a new home in the transit lounge.

The tourist likened his situation to being a prisoner as he bemoaned his predicament.

He said: ”I’ve been stuck here for more than 100 days. I need help getting out.

“The airline said I need to wait for Enhanced Community Quarantine to be over before I am allowed to fly.

“I’ve been waiting here ever since.”