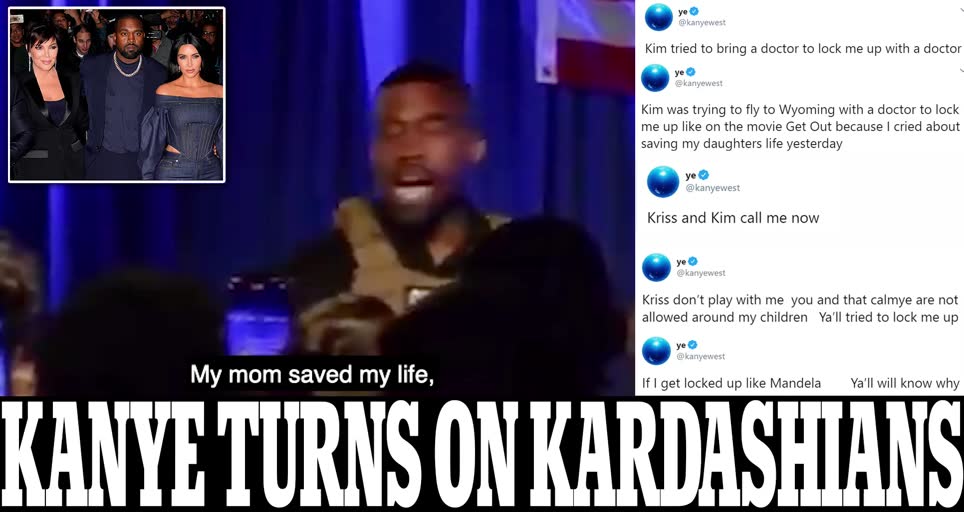 Kanye West went on a Twitter rant Monday night, claiming that wife Kim Kardashian West tried to ‘lock me up with a doctor’ following his presidential rally yesterday. In multiple posts the rapper lashed out at his wife and her mother Kris, and demanded they call him at his ranch in Wyoming. He also tweeted about Kardashian’s leaked sex tape with then-boyfriend Ray J in 2007 and the Playboy cover she did later that year. He also announced that he will release a new album, Donda, on Friday. It came as sources said that Kardashian was considering divorcing Kanye if he didn’t drop his presidential campaign, after he told the world at a rally in South Carolina that the couple thought about aborting their eldest child, North. Supporters expressed concern for him on social media, worried that he may be in the midst of a breakdown. West has spoken before about his struggles with bipolar disorder, and in 2016 spent time in hospital after a ‘psychiatric emergency’.