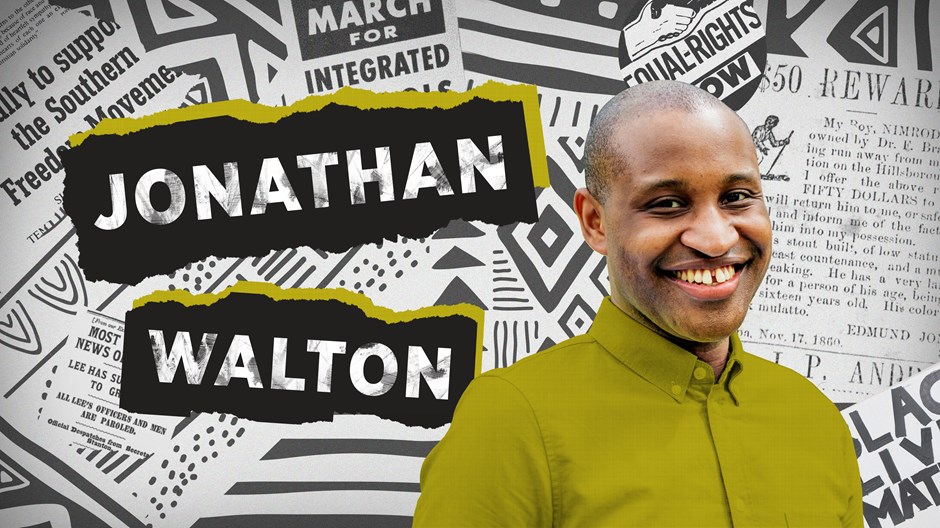 Jonathan Walton is the author of Twelve Lies That Hold America Captive: And the Truth That Sets Us Free. He is also an area director for InterVarsity NY/NJ focusing on spiritual formation and experiential discipleship. He is from Southern Virginia and lives in New York City.

In June, 2020, Dan Cathy, the CEO of Chick-fil-A; Louie Giglio, pastor of Passion City Church; and Lecrae, a platinum-selling recording artist, gathered to discuss the tortuous death of George Floyd, choked by officer Derek Chauvin, who put his knee on the unarmed man’s neck for 8 minutes and 46 seconds. They gathered to talk about Ahmaud Arbery, who was chased down by armed residents, surrounded, and shot to death in Glynn County, Georgia, on February 23. A potential cover-up protected the murderers.

After Rayshard Brooks was killed by police in the drive-thru of an Atlanta Wendy’s, Cathy, Giglio, and Lecrae sat together to talk about racism and the church’s role. Over 60 percent of white Christians think pastors should not talk about race. Forty percent believe race and immigration should never even be a topic in church. Meanwhile, an equal number of black folks say that pastors and churches should. This shows that racial reconciliation conferences do not work. Before reconciliation can be introduced, we have to embrace the truth.

In the aftermath of terrible state violence in other countries, truth and reconciliation commissions convened to bring reparative, restorative, or punitive justice. This happened in Rwanda after the 1994 genocide, in South Africa after the fall of apartheid, and after what is termed the “Dirty War” in Argentina. This has never happened in the United States.

These secular governments understand a fundamental reality that should be familiar to followers of Jesus: We confess and God forgives. Truth and acknowledgement come before reconciliation. Christians of every color should have a firm, biblical grasp of the necessity for individual and collective confession and repentance before forgiveness and reconciliation can occur.

When we trespass, we must wrestle with the gravity of personal and corporate sins—including sinful actions we were not even aware of, injustices we benefit from, and results that we did not intend. We must lament, confess, and repent (Acts 2:38; 3:19). Only then are we truly reconciled to God through Christ Jesus and sent, equipped, to be ministers of reconciliation to others (2 Cor. 5:18).

In well-resourced, often white evangelical churches, entire ministries and parachurch organizations disciple people out of patterns of sin, struggles with alcoholism, and drug addiction. Ministries serve those in need while reinforcing their personal dignity and value. But such compassion toward sinners and the needy gets lost once the topic turns to white supremacy.

White Christians and those pursuing whiteness often become defensive and angry when asked what Jesus would say about the race-, class-, gender- and ideologically based hierarchy evident in our world. The inability and unwillingness to acknowledge and confess what exists and repent creates conditions for violence and oppression against people of color. Our country and its churches are socialized to not critique white supremacy.

The church has been instrumental in the creation, defense, and propagation of the myth of whiteness under the reign of White Jesus. Jemar Tisby, author of the best-selling The Color of Compromise: The Truth About the American Church’s Complicity in Racism, lays out clear and searing connections between the enslavement of Africans and leaders of white congregations. “Many of the men who conducted night rides” that terrorized black communities with burned crosses and lynchings were the very same men who “ascended to pulpits to preach on Sunday.”

Soong Chan-Rah and Mark Charles in Unsettling Truths: The Ongoing, Dehumanizing Legacy of the Doctrine of Discovery, go back further, detailing how 15th-century church edicts exalted those with lighter skin and rejected the personhood of those with darker skin. A series of Roman Catholic decrees (the Doctrine of Discovery, 1493) codified white supremacy and sanctioned genocide, rape and abuse against African and Native peoples. Theologian Willie Jennings asserted the purpose was to bring people and the planet to “maturity.”