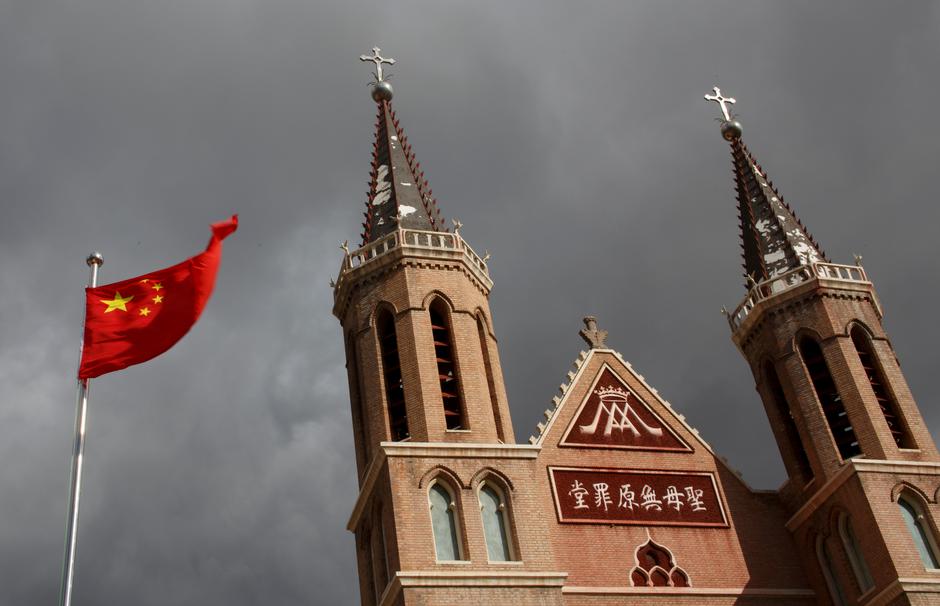 The church had previously been disbanded by the local United Front Department and was accused of “occupying village’s cultural base.”

A local villager told China Aid that now, the building is used to promote President Xi’s core socialist values and spread “positive energy” instead of the Gospel.

Another church in the vicinity, Beizhouzhuang Church, was converted to “Beizhouzhuang Cultural Compound” after the members “voluntarily donated the venue for the village (according to the government).” The church was also first disbanded last October for not having the right registration, according to China Aid.

In recent years, numerous reports have emerged of Chinese authorities replacing crosses with the CCP flag and images of Jesus Christ with President Xi, and converting churches into buildings for political activities.

These activities are part of a larger strategy on the part of the CCP to shut down any kind of organizing outside of the party, according to persecution watchdog Open Doors USA.