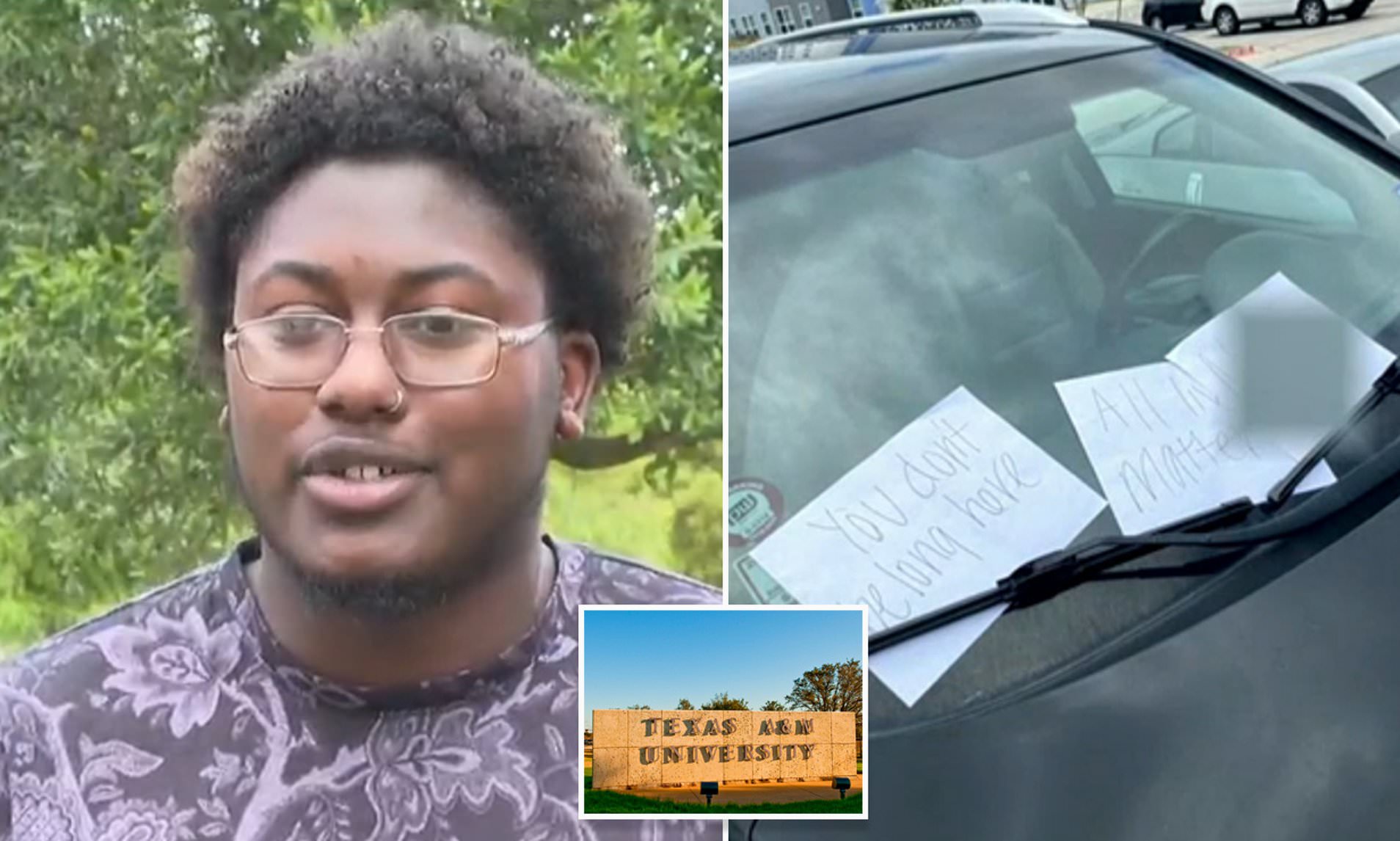 A student at Texas A&M University who claimed he found racist notes left on his car was accused by campus cops of leaving them there himself.

A&M senior Isaih Martin, 21, posted an image on Twitter of the notes he found on his car parked outside a campus apartment building in June saying ‘all lives matter,’ ‘you don’t belong here’ and the n-word.

The alleged discovery later prompted an investigation and $1,200 reward offered for information leading to the arrest of a suspect.

Campus cops, however, dropped the probe after they reviewed surveillance video and claim that Martin may have placed the notes on the vehicle himself.

Martin insists the investigators are wrong and says he did not place the notes on his own car.

A police report notes there was no camera nearby that shows directly what happened, only surveillance video of the student when he first parked his car on George Bush Drive June 24 about 11.am and returns about 90 minutes later, KBTX reported.

A couple of people walked near the car while he was away, but each was next to the vehicle for a few seconds, the report said.

Upon returning to the car, according to the report, Martin immediately walks to the passenger side ‘but does not open any doors’. He is then spotted in front of the car and a ‘brief white speck’ is spotted from about mid-torso ‘moving toward his vehicle,’ the report said.

‘Another white speck is seen near his chest area,’ the report continued. ‘Martin is then seen stepping back and onto the sidewalk in front of his vehicle, most likely taking photos and videos.’

The report concludes with Martin returning to the passenger side for a ‘few moments’, before walking around the vehicle, getting in and driving away. His total time spent at the car was 1 minute and 15 seconds, police said.

Cops claimed it was ‘difficult to distinguish any characteristics of the suspect in the video’ but ‘based on video evidence, no other person had enough time to place the messages on Martin`s car other than himself.’