NASCAR banned the Confederate flag from its races and venues on Wednesday, formally severing itself from what for many is a symbol of slavery and racism.

The move comes amid social unrest around the globe following the death of George Floyd, an unarmed black man who died in Minneapolis while being detained by police. Protests have roiled the nation for days and Confederate monuments are being taken down across the South — the traditional fan base for NASCAR.

Confederate flags have been a familiar sight at NASCAR races over its 72-year history, dotting the infield atop RVs or being waved by fans in the grandstands, though the stock car series with its roots in moonshine running has in recent years taken cautious steps to sever the connection.

The issue was pushed to the fore this week as Bubba Wallace, NASCAR’s lone black driver, called for the banishment of the Confederate flag and said there was “no place” for them in the sport. At long last, NASCAR obliged.

MARTINSVILLE, Va. (AP) — Martin Truex Jr. cruised down the stretch and won his first NASCAR Cup race of the season on Wednesday night in the first race under the lights at Martinsville Speedway.

Truex, the 2017 Cup champion, has been one of NASCAR’s biggest winners over the last three years, but failed to find victory lane for Joe Gibbs Racing over the first 10 races of this season.

Truex won the Martinsville grandfather clock on the paperclip-shaped track at just 0.526 miles. He won for the first time with new crew chief Jason Small.

Ryan Blaney, Brad Keselowski, who has two wins this season, and Joey Logano made it a 2-3-4 finish for Team Penske.

Major League Baseball will make another proposal to start the pandemic-delayed season in empty ballparks, but Manfred vowed Wednesday to unilaterally order opening day if an agreement is not reached.

“I can tell you unequivocally we are going to play Major League Baseball this year,” he said.

Manfred insisted the chance of playing this year was “100%.”

The baseball-bashing Torkelson played first base in college, but the Tigers plan to move him to third. Detroit opened the draft for the second time in three years.

Arkansas outfielder Heston Kjerstad went No. 2 to Baltimore after the Orioles took Oregon State catcher Adley Rutschman with the top pick a year ago.

The former star running back had been prohibited from interacting in an official capacity with the school he played for from 2003-05 since NCAA sanctions handed down in 2010. Bush and USC were penalized for him and his family receiving impermissible benefits while he was still in school.

“I’ve dreamed of this day for 10-plus years, and I’m excited to come home!” Bush said in a statement released Wednesday by USC.

USC President Carol Folt wrote in a letter to Bush that all restrictions had been officially removed and he could now “be afforded the privileges and courtesies extended to all Trojan football alums.”

U.S. Soccer’s board of directors has voted to repeal a 2017 policy that required national team players to stand during the national anthem, a rule adopted after Megan Rapinoe kneeled in support of Colin Kaepernick.

The board made the decision during a conference call, U.S. Soccer announced Wednesday.

Policy 604-1 states: “All persons representing a Federation national team shall stand respectfully during the playing of national anthems at any event in which the Federation is represented.” The board passed the rule on Feb. 9, 2017.

NEW YORK (AP) — Major League Soccer is resuming its season amid the coronavirus pandemic on July 8 with a World Cup-style tournament in Florida that won’t include fans in the stands.

The league’s 26 teams will be divided into six groups for the opening round of the tournament at ESPN’s Wide World of Sports complex at Walt Disney World.

Sixteen teams will advance to the knockout round, with the winner earning a spot in the 2021 CONCACAF Champions League. The group matches will count toward the regular season, the league said.

Teams had played just two games to start the season when the league suspended play March 12 because of the COVID-19 pandemic.

LONDON (AP) — An all-British world heavyweight title showdown between Anthony Joshua and Tyson Fury in 2021 is a step closer.

Fury said Wednesday that an agreement has been reached with Joshua’s camp on a two-fight deal between the current holders of the heavyweight belts.

“The biggest fight in British boxing history has just been agreed,” Fury said in a video message posted on Twitter. “Two-fight deal.”

Six women have filed civil lawsuits against USA Swimming, its local associations in California and three now-banned coaches claiming the national governing body failed to protect them from abuse by those coaches.

The suits allege USA Swimming, including former executive director Chuck Wielgus, and other top officials, the local associations and clubs were aware of Ivey, Uchiyama and King’s predatory behavior but refused to address it, creating a culture of abuse that exposed dozens of underage swimmers to sexual abuse and harassment.

Attorneys for Zion Williamson’s former marketing agent are continuing their legal push to examine whether the former Duke All-American accepted improper benefits before playing for the Blue Devils, allegations the NBA rookie’s attorney said are “baseless.”

Prime Sports Marketing and company president Gina Ford filed a lawsuit last summer in a Florida, accusing Williamson and the agency now representing him of breach of contract. That came after Williamson had filed his own lawsuit a week earlier in North Carolina to terminate a five-year contract with Prime Sports after moving to Creative Artists Agency LLC.

In a court filing Tuesday in the North Carolina case, Prime Sports-Ford attorneys continued to argue that last summer’s No. 1 overall NBA draft pick didn’t meet the definition of a student-athlete because he was “ineligible/permanently ineligible” to play college sports. The filing references housing for Williamson’s family during his time with the Blue Devils as well as three luxury SUVs registered by his mother and stepfather between December 2017 and April 2019 — the latter being the same month Williamson announced he would go pro before ultimately being picked by the New Orleans Pelicans.

Claudell Washington, a two-time All-Star outfielder who played 17 seasons in the majors after being called up as a teenager by the Oakland Athletics, has died. He was 65.

Washington played with seven teams in his career, finishing with 1,884 hits, 164 home runs and 312 stolen bases. He made the All-Star Game in 1975 with the A’s and in 1984 with the Atlanta Braves during his long career.

PORTLAND, Ore. (AP) — Harry Glickman, the founder of the Portland Trail Blazers and general manager of the franchise’s only NBA title-winning team in 1977, died Wednesday. He was 96.

The team announced Glickman’s death; no cause was given. In their tweet, the Trail Blazers described Glickman as: “The father of professional sports in Oregon, a true Trail Blazer.”

Portland was granted an expansion franchise in 1970. Glickman was part of the original ownership team, along with Herman Sarkowsky, Larry Weinberg and Robert Schmertz, that paid the league’s $3.7 million expansion fee, according to the team’s website. Glickman was one of the shareholders who sold the club to Paul Allen in 1988.

Glickman held a number of positions with the team, including general manager, before he retired in 1994. He then became president emeritus.

CINCINNATI (AP) — Lonnie Wheeler, who wrote or collaborated on more than a dozen sports books, including Hank Aaron’s autobiography, has died after years of struggling with conditions related to muscular dystrophy. He was 68.

Wheeler’s family posted on his Facebook page Wednesday afternoon that he’d been facing “increasingly complicated health conditions” and was hospitalized. He went into cardiac arrest on Sunday night and died Tuesday night.

Wheeler lived in New Richmond, Ohio, and worked for several newspapers, including The Cincinnati Enquirer, the Cincinnati Post and USA Today.

He collaborated with Aaron on his autobiography titled “I Had a Hammer.” He also collaborated on autobiographies of Bob Gibson and Mike Piazza. Wheeler’s last book was “The Bona Fide Legend of Cool Papa Bell: Speed, Grace, and the Negro Leagues.” 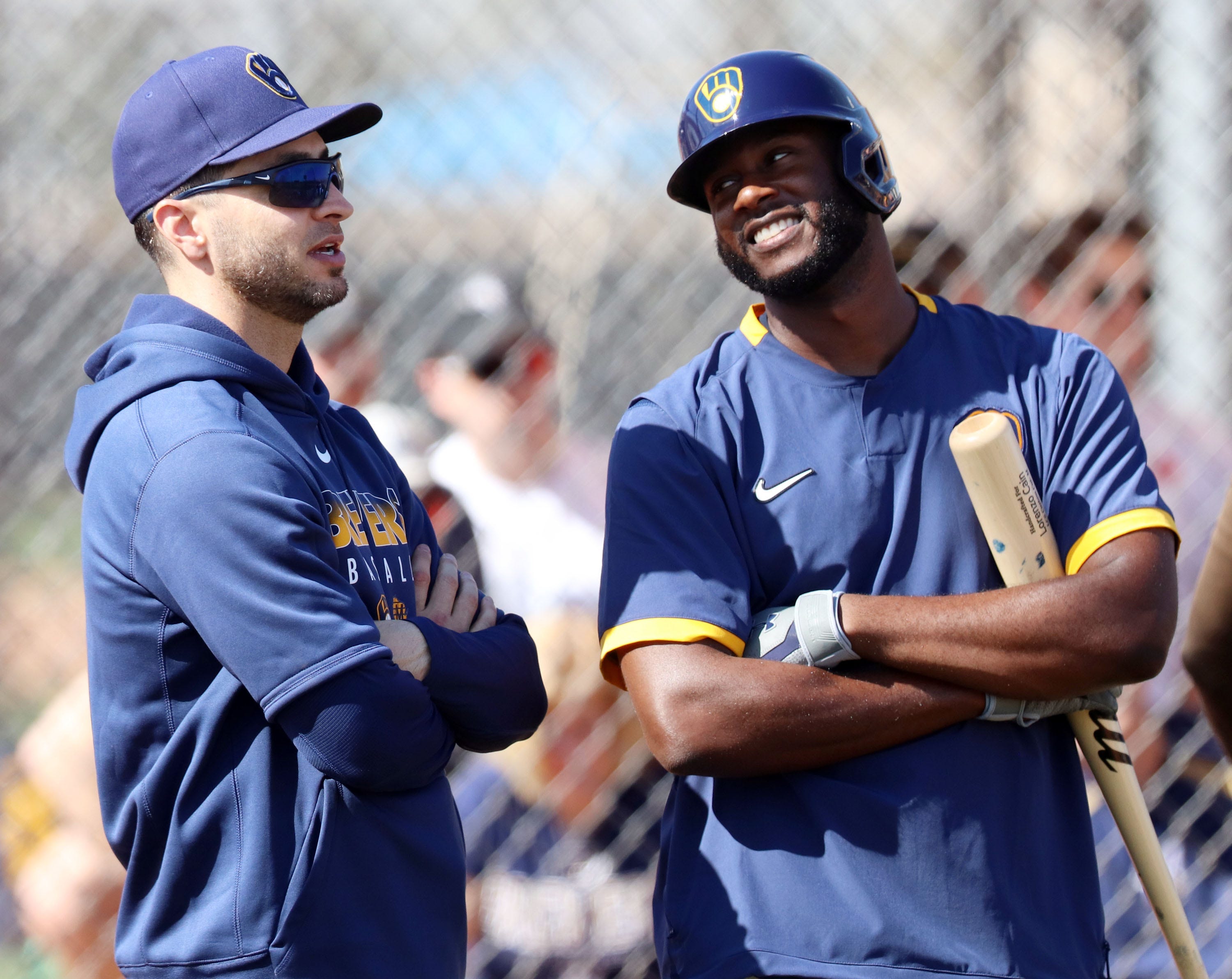 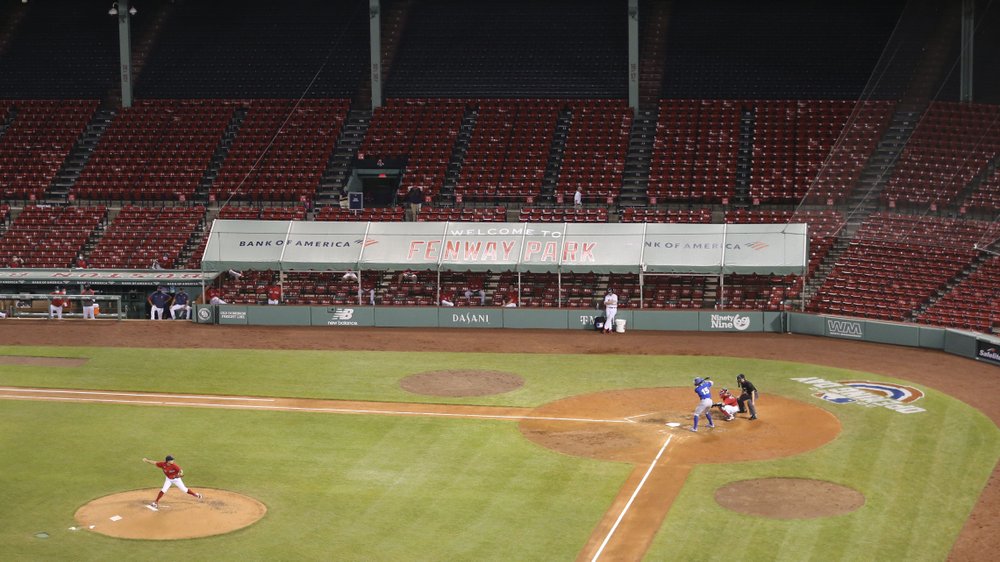