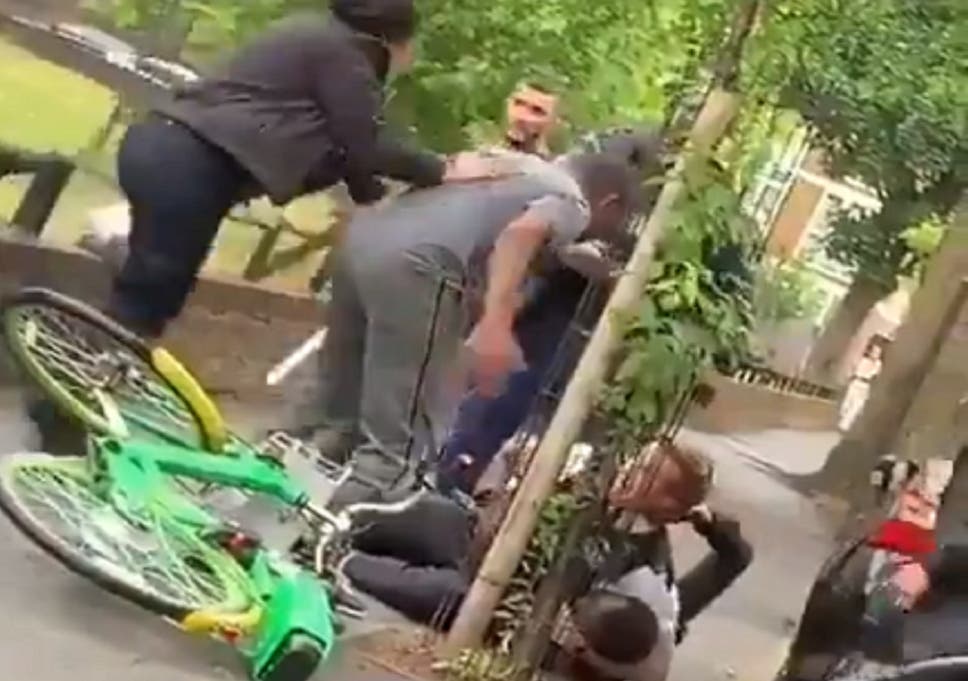 Two London police officers have been attacked in an incident caught on film by members of the public, sparking condemnation from the UK’s Home Secretary and the city’s mayor.

Videos posted to social media appeared to show a male officer being pinned to the ground and kicked, before a female officer intervenes. A squabble then plays out for around a minute between the two officers and a group of men.

The Metropolitan Police confirmed on Thursday that two men, aged 20 and 38, have been arrested on suspicion of assault on police.

Wednesday’s incident has drawn a sharp response from the UK’s police association and Home Secretary Priti Patel, who wrote on Twitter that the attack was “sickening, shocking & disgraceful.”

Police said in a statement to CNN that the incident began at 3:30 p.m. (10:30 a.m. ET) on Wednesday when two officers on patrol were flagged down by a member of the public.

The person said they had just been assaulted and directed the officers towards their alleged assailants.

A struggle ensued when “one of the men resisted,” police said. “A number of other people became involved whilst the officer was on the ground,” they added.