Steven Furtick, pastor of the popular Elevation Church in North Carolina, said celebrating diverse churches without addressing racial disparity is “hypocrisy” in a frank conversation Sunday with fellow megachurch pastor and friend John Gray in the wake of the killing of George Floyd.

The two pastors who teamed up to address race, racism, the heart of God and the way forward in the wake of the recorded killing of Floyd, a 46-year-old African American man while in police custody, acknowledged that there are many people of faith who have chosen not to speak up or have constructive conversations about the issue.

Furtick said God told him it was time to speak up and he could not keep silent as the leader of a diverse congregation.

“If I celebrate that diversity but never address the disparity, to me, that’s hypocrisy,” he said in the conversation with Gray, who leads the Relentless Church in Greenville, South Carolina.

“In a moment where our nation is collectively reeling from the atrocity of the murder of George Floyd on the streets of Minneapolis, Minnesota, in this nation at the hands of a law enforcement officer, I thought it was time for us. In fact, I knew it was time because the Holy Spirit spoke to me that it was time for us to sit down and have a conversation,” Furtick said.

Floyd, a 46-year-old African American, died in police custody on May 25, after he was restrained for several minutes by Minneapolis Police Department officers. One of the officers, Derek Chauvin, was caught on video kneeling into Floyd’s neck as he begged for his life until he stopped breathing. Last Friday, Hennepin County Attorney Mike Freeman charged Chauvin, who has since been fired along with three other colleagues, with third-degree murder and manslaughter.

Protesters whose actions have gripped the national news cycle for several days have since been demanding that the other officers involved in Floyd’s death also be arrested.

Furtick said he decided to have the discussion about racial disparity with his church when God spoke to him after Gray shared his reaction to Floyd’s killing in a video last Wednesday.

“Although we don’t turn this pulpit into a reflection of the news cycle because that would be lethal to our ability to teach God’s Word and preach God’s Word, I know when the Spirit of God speaks to me, that’s the only way I can describe seeing your video,” Furtick said about his reaction to Gray’s video.

Robin Schumacher on Jesus and the Karens 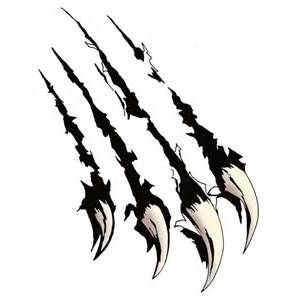 Robin Schumacher on Life Has Claws