On Tuesday, President Trump signed an executive order on religious freedom that was applauded by the United States Commission on International Religious Freedom (USCIRF).

“There’s a lot of substance to this,” says Isaac Six of Open Doors USA. “It really does prioritize religious freedom, and in sort of a new way.”

Six points out two ways this order helps religious freedom globally. “One is the increase, and it is an increase, of about $50 million per fiscal year towards programming for international religious freedom. That will go to the State Department and the US Agency for International Development. A portion of that is going to be spent in various countries around the world, trying to protect religious minorities and promote programs that bring religious freedom to these countries.”

Six says this amount of money being spent on religious freedom is something he hasn’t seen before.

This order also helps by requiring government officials working in countries of particular concern to do more about religious discrimination that just filing a report. “I’ll ask [them] ‘Have you connected with this church? Or do you know, what’s going on with that church?’ And they’ll say, ‘No, I’m sorry, I just don’t have time for it. We’re working on a lot of things here.’ This is a clear prioritization . . . and that’s going to mean meeting with faith leaders. It’s going to mean understanding what’s going on around them. Then that can help them to provide support, especially when there’s actually persecution taking place.” 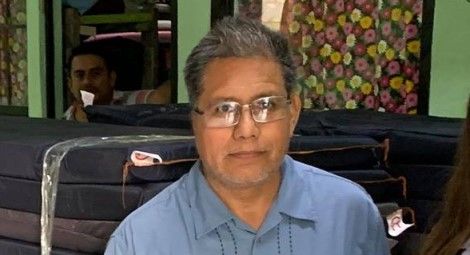