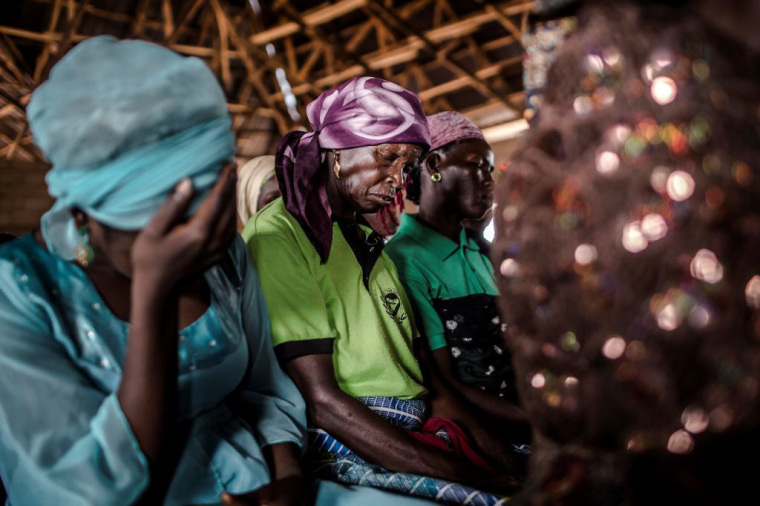 Violence against Christians in Nigeria “can pave the way for genocide,” a group of U.K. parliamentarians warned this week in a new report analyzing the impact of violence carried out by Boko Haram extremists and Fulani militias throughout the West African country.

The U.K. All-Party Parliamentary Group for International Freedom of Religion or Belief, a bipartisan group of lawmakers from both houses of parliament, released its new report “Nigeria: Unfolding Genocide?” on Monday.

As Nigeria continues to struggle with the Boko Haram insurgency and the existence of its splinter group Islamic State West African Province, APPG members are concerned about reports of escalating violence characterized as a “farmer-herder conflict” even though there appear to be disproportionate killings carried out by militant Fulani herdsmen against predominantly Christian farming communities in the countries fertile Middle Belt region.

International rights advocates have contended that the standard for genocide has been reached in Nigeria as estimates have suggested that thousands of Christians have been killed in the Middle Belt as a traditional arbitration process between farmers and herders over damaged crops has broken down in recent years.

Violence in both Middle Belt and northeast Nigeria (where Boko Haram and ISWAP commit atrocities) has led to the mass displacement of millions as entire communities have at times been forced to flee in fear of their lives in the wake of massacres.

“Among all the injustices for the UK to help correct in the near future, the widespread and growing persecution of Christians should be top of the list,” Member of Parliament Jim Shannon said in a statement. “Thus, as the UK faces the challenge of lockdown and mass quarantine for the first time in living memory, I ask you to please spare a thought for those Christians who face not only a pandemic but also threats of violence and persecution that we can’t imagine.”

The report urges the Government of Nigeria and the international community to implement recommendations to help save the lives of Nigerian citizens, such as comprehensive investigations and prosecutions.

“As Nigerian Government Ministers have publicly and rightly admitted, Christians are being ruthlessly targeted, specifically because of their Faith,” the report states.  “Undoubtedly though, peaceable Muslims, through collateral violence, can also become victims of this cruel Islamist religious ideology. It is a destructive and divisive ideology which readily mutates into crimes against humanity and can pave the way for genocide.”

“We must not hesitate in saying so,” the report adds. “Unfortunately, Boko Haram are not the only threat that Nigerian Christians face. Attacks by armed groups of Fulani herdsmen have resulted in the killing, maiming, dispossession and eviction of thousands of Christians. It is difficult for us in the West to sometimes even imagine this kind of suffering, so it is important that we recognise the stories of survivors.”

“Rapid population growth, climate change and desertification have decreased the water available for land and grazing and put pressure on resources,” the report states, citing a United Nations estimate that about  80% of the Sahel’s farmland is degraded and “the land available to pastoralists is shrinking.”

This means that grain and food production is forcing pastoralists “into a desperate search for fertile pasture.”

“As herders travel further distances in search of water and land for grazing, they come into conflict with local farmers, who accuse the herders of encroaching onto their land and damaging their crops,” the report adds. “The increased conflict has strained the capacity of traditional leaders to reduce tensions and resolve conflict amicably. This has contributed to the breakdown of historical dispute settlement mechanisms and conflict turning to violence.”

While there are economic factors at play, the report also states that the escalation of violence “must also be seen in the context of the growing power and influence of Islamist extremism across the Sahel.”

“Multiple groups, such as the Islamic State in West Africa Province (ISWAP), a splinter of Boko Haram and an affiliate of the weakened Daesh caliphate in Iraq and Syria, continue to extend their networks in Nigeria, Mali, Niger, Cameroon, Chad and Burkina Faso,” the report explains. “While not necessarily sharing an identical vision, some Fulani herders have adopted a comparable strategy to Boko Haram and ISWAP and demonstrated a clear intent to target Christians and symbols of Christian identity such as churches.”

The APPG received numerous reports about Christian pastors and community heads being targeted.

“During many of the attacks, herders are reported by survivors to have shouted ‘Allah u Akbar’, ‘destroy the infidels’ and ‘wipe out the infidels,’” the report alleges.

“Hundreds of churches have been destroyed, including over 500 churches in Benue State. As the Bishop of Truro concluded in his report for the UK’s Foreign and Commonwealth Office, ‘the religious dimension is a significantly exacerbating factor’ in clashes between farmers and herders and ‘targeted violence against Christian communities in the context of worship suggests that religion plays a key part.’”