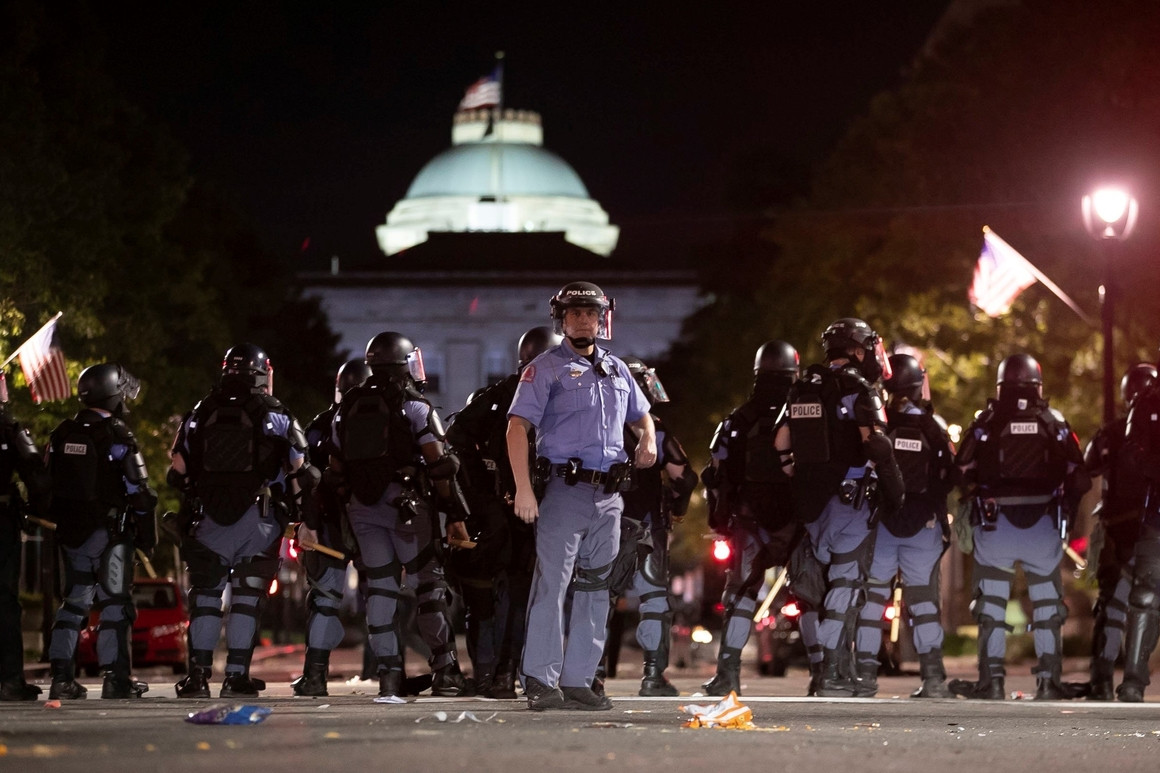 RICHMOND, Va. — Protesters demonstrating against the death of George Floyd, a handcuffed black man who pleaded for air as a white police officer pressed his knee on his neck, targeted Confederate monuments in multiple cities.

As tense protests swelled across the country Saturday into Sunday morning, monuments in Virginia, the Carolinas and Mississippi were defaced. The presence of Confederate monuments across the South — and elsewhere in the United States — has been challenged for years, and some of the monuments targeted were already under consideration for removal.

The words “spiritual genocide,” along with red handprints, were painted on the sides of a Confederate monument on the University of Mississippi campus Saturday, The Oxford Eagle reported. One person was arrested at the scene.

Ole Miss administrators, student leaders and faculty leaders have recommended moving the statue — installed in 1906 and a rallying point in 1962 for people who rioted to oppose the university’s court-ordered integration — from a central spot to a Civil War cemetery that’s in a more secluded location on campus, but the state College Board has delayed action.

Critics have said its display near the university’s main administrative building sends a signal that Ole Miss glorifies the Confederacy and glosses over the South’s history of slavery.

In Charleston, South Carolina, protesters defaced a Confederate statue near The Battery, a historic area on the coastal city’s southern tip. The base of the Confederate Defenders statue, erected in 1932, was spray-painted, including with the words “BLM” and “traitors,” news outlets reported. It was later covered with tarp, photos show.