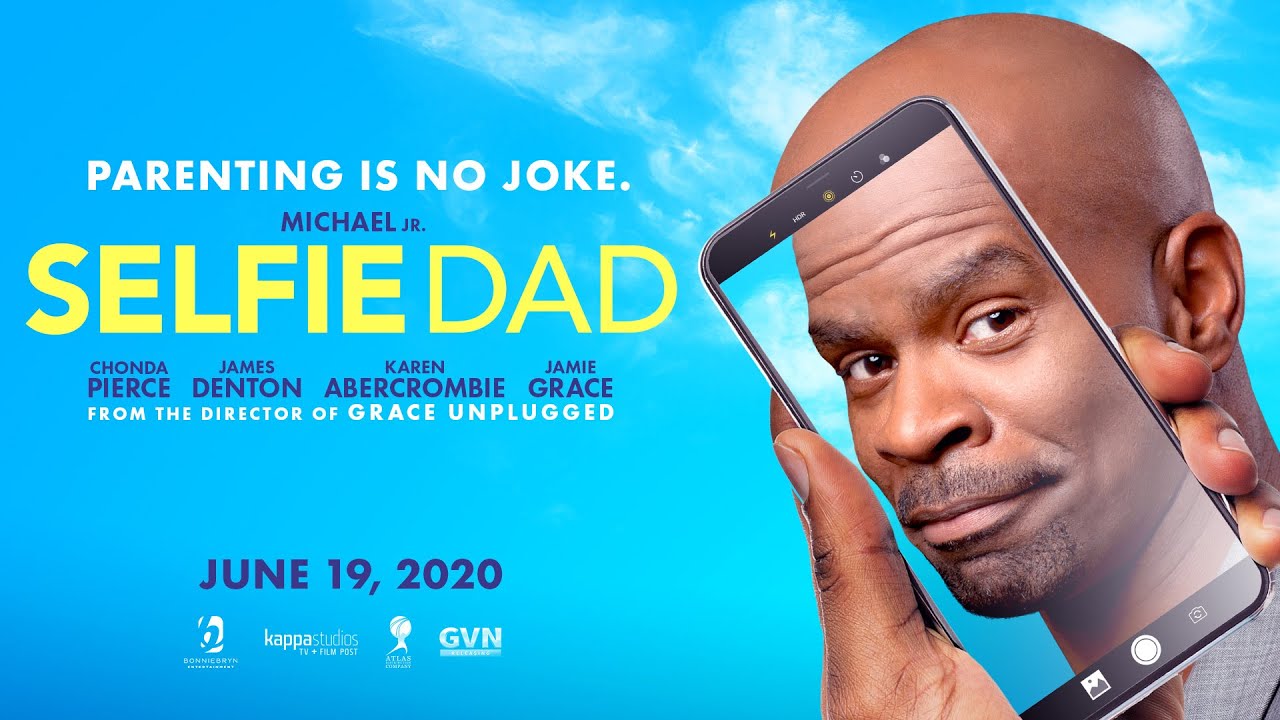 “Selfie Dad” starring comedian Michael Jr. is out on Friday and showcases the importance of the Bible in a man’s life.

“Spiraling into a mid-life crisis and feeling disconnected from his family, Ben Marcus, a reality-TV editor, thinks he can only be happy by fulfilling his dream of becoming a professional comedian. Ben posts his stand-up routines to YouTube, and the videos fall flat. Then his tweener son posts Ben miserably failing on a home improvement project, and much to his teenage daughter’s dismay, it goes viral, launching Ben’s social-media career as ‘Selfie Dad.’ Although he quickly becomes an award-winning phenom, no amount of success brings Ben satisfaction. Through his friendship with a young coworker, Mickey, Ben finds the secret to a happy family … with his Bible in one hand, and his phone in the other,” the film’s synopsis reads.

The film’s star, Michael Jr., knows firsthand the impact God’s Word can have on someone’s life.

“Something that rang really true was the fact that I didn’t understand how powerful the Bible was until I was a grown man. Like I literally didn’t know,” Michael told The Christian Post in a recent interview.

“There’s a scene in the movie where I decide to make a change. I get a YouTube channel and it’s blowing up and it’s all great, but I make a shift. There’s a scene where I’m holding a Bible in my hand, look into the camera, I just said something funny and then I take a breath. I didn’t plan to but when I took that breath, I was actually thinking about how the Bible actually has affected me as a person, not as an actor. So in that moment, it’s completely real because it caused me to reflect about myself personally as well,” he said.

The award-winning, clean comedian said men must come to a place where they’re OK with being uncomfortable because the Bible and church will not always feel comfortable, but it will strengthen them like nothing else.

“Church isn’t necessarily perfectly designed for men, it just really isn’t. I mean, a football game isn’t always designed for men, have you been in those seats? The seats are all small and you have to sit next to another,” the comedian said. “If you’re waiting for something to be specifically designed to comfort you, then you don’t necessarily want to dig into God’s Word because it’s not gonna always comfort you. God can comfort you [but] sometimes that Word, especially if there’s something not right in your heart, it’s gonna make you a little uncomfortable.”

Jon Kelly on From Prisoner to Pastor: How Churches Can Support Second Chances for Former Inmates