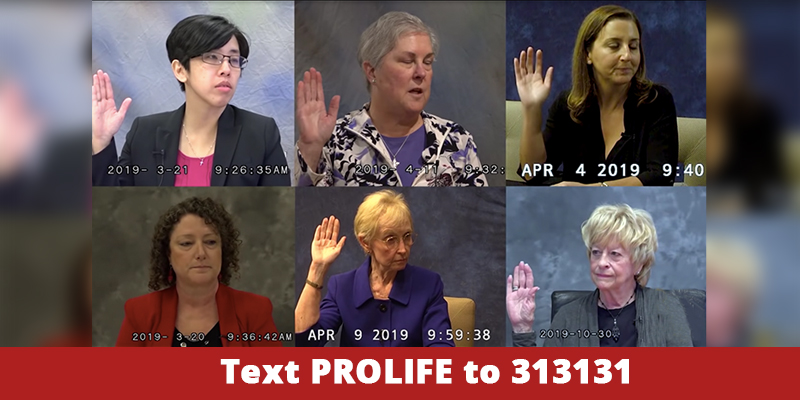 A new video released by the Center for Medical Progress, the group behind the 2015 undercover videos showing Planned Parenthood negotiating the sale of fetal body parts, has the nation’s largest abortion provider once again denying, hedging, and using phrases like “doctored” and “heavily edited.”

Five years ago, Planned Parenthood denied what videos clearly showed, executives at varying levels of leadership negotiating prices for fetal body parts. They denied it in media and in congressional testimony. When unedited videos debunked their denials, they insisted that all money received for fetal body parts was really for “shipping and handling.”

Finally, they decided to sue the messengers.

That decision may turn out to be a big mistake on their part, since it gave the Center for Medical Progress a chance to question Planned Parenthood employees under oath. That questioning was recorded and has now been released. Thus, viewers can now watch people who had denied all wrongdoing squirm when confronted with the evidence.

In another part of the video, the claim that any money received by the organization was only for reimbursement of expenses, which federal law allows, is actually not true, either. In fact, the contract with the biomedical company StemExpress stipulated that payment was contingent on Planned Parenthood providing “usable body parts,” in addition to accounting for time and transportation costs. The deposed official did not deny any of this. Well, she could not deny any of this. It was in writing.

As for any attempt at a “rogue affiliate” defense, as if these officials were acting on their own, Planned Parenthood’s Medical Director Dr. Deborah Nucatola testified, under oath, that she was aware that the Los Angeles affiliate was being paid for fetal body parts.