Since Wanda Johnson’s son was shot and killed by a police officer in Oakland, California, 11 years ago, she has watched video after video of similar encounters between Black people and police.

Each time, she finds herself reliving the trauma of losing her son, Oscar Grant, who was shot to death by a transit police officer. Most recently, Johnson couldn’t escape the video of George Floyd, pinned to the ground under a Minneapolis officer’s knee as he pleaded that he couldn’t breathe.

“I began to shake. I was up for two days, just crying,” she said. “Just looking at that video opened such a wound in me that has not completely closed.”

Johnson’s loss was extreme, but, for many Black Americans, her grief and pain feels familiar. Psychologists call it racial trauma — the distress experienced because of the accumulation of racial discrimination, racial violence or institutional racism. While it can affect anyone who faces repeated prejudice, in this moment, its impact on Black people is drawing particular attention.

The unfortunate irony is that the very tool that may be helping to make more people aware of the racism and violence that Black and other people of color face is also helping to fuel their trauma. In the weeks following Floyd’s death, the spread of the video that captured it has been a major catalyst for protests demanding a reckoning with racism — attended by people of all races, many of whom never before participated in such activism. And in a few weeks, the national conversation has shifted dramatically: The term “Black Lives Matter” has been adopted widely, including in corporate America, monuments of Confederate figures have come down, and calls for criminal justice reform have yielded new laws.

“It’s really frustrating that that’s what it takes for a lot of people in this country to actually start caring,” said Alasia Destine-DeFreece, 20. “It takes showing something that’s actively harming those of us who are Black and then having it spread on social media.”

Destine-DeFreece, who remembers often being the only Black person in many situations growing up in Rhode Island, notes that such images have been used to great effect before. She learned in school about Emmett Till, a Black 14-year-old who was abducted, beaten and killed in 1955 after he was accused of whistling at a white woman in Mississippi. Her class saw photos of Till’s brutally beaten face — images, in part, that had helped spur the civil rights movement.

“Seeing that type of imagery being spread further and faster now has taken a toll on me. You’re seeing somebody who looks like you die,” she said.

Symptoms of racial trauma can include anxiety and depression and be similar to those of post-traumatic stress disorder. The triggering event could be a shouted slur on the street or poor treatment because of one’s race or creed. The profusion on social media of graphic images of harm to people of color means they are often inescapable.

“If you are in a situation where the danger seems ever-present, whether you’re seeing a bird watcher in Central Park being harassed, or someone falling asleep in their car in a parking lot … there is that constant physical presence of danger and the psychological awareness that danger is just around the corner,” said Dr. Altha Stewart, past president of the American Psychiatric Association and currently a senior associate dean at the University of Tennessee Science Health Center.

That “constant bathing of our organs” in stress hormones can lead to a state of “near dysfunction,” she said.

The video of Floyd’s killing is one in a litany. Before it, 25-year-old Ahmaud Arbery’s fatal shooting was also captured on camera, and no one was charged until public pressure mounted after the video made the rounds. Since then, many have watched an officer fatally shoot 27-year-old Rayshard Brooks in the back following a struggle.

“It feels like it’s just been an endless cascade of hashtags of Black people dying,” said Christine Ohenzuwa, 19, who recently protested outside the Minnesota state Capitol. “I feel like for me and a lot of other Black people, it reaches a point where it’s just very traumatic to constantly see Black people being killed.”

“I know what it looks like. I’ve seen Black death,” the life coach and self-care expert said. Lewis, who is Black, had watched the death of Philando Castile in real time four years ago, after the 32-year-old Black man was shot by a Minneapolis police officer and video of the immediate aftermath streamed on Facebook.

But to inspire those who have been pushed into action in new ways in recent weeks, Lewis conceded: “The video had to be played.” 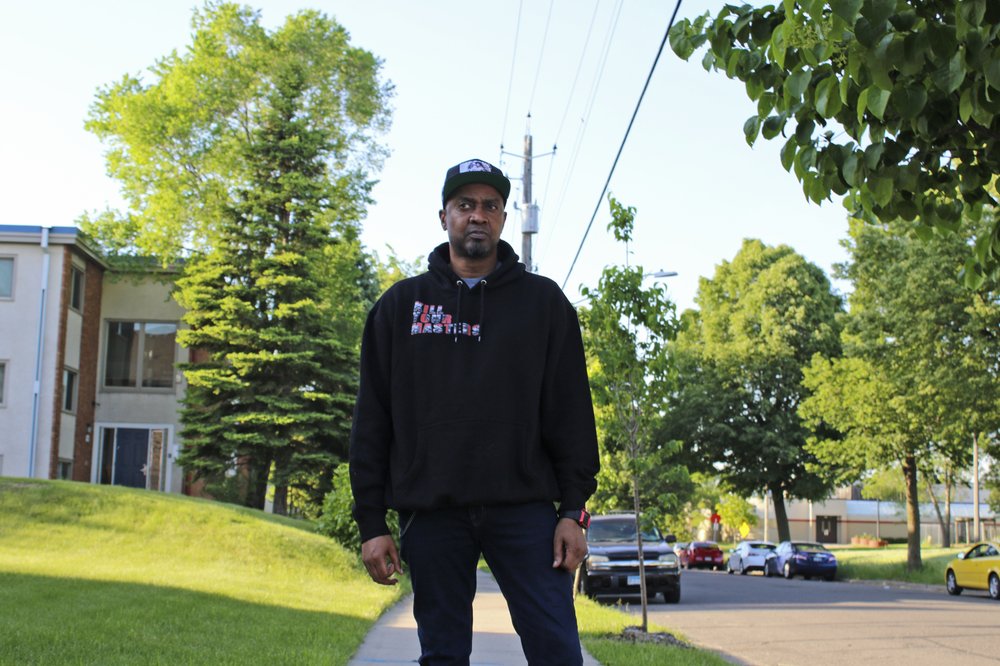 Anyone might be upset by seeing such graphic images — and many are — but Resmaa Menakem, a Minneapolis-based racial trauma specialist, says, for many Black people, that pain is amplified.

“When something like this happens, it is not just the grief of watching that brother be destroyed, it is the 400 years of grief that was never addressed,” said Menakem.

Aaron Requena periodically takes breaks from Twitter to avoid such images. The 25-year-old photographer in Los Angeles says he’s struggled to balance keeping up with what is happening with not torturing himself at the same time. 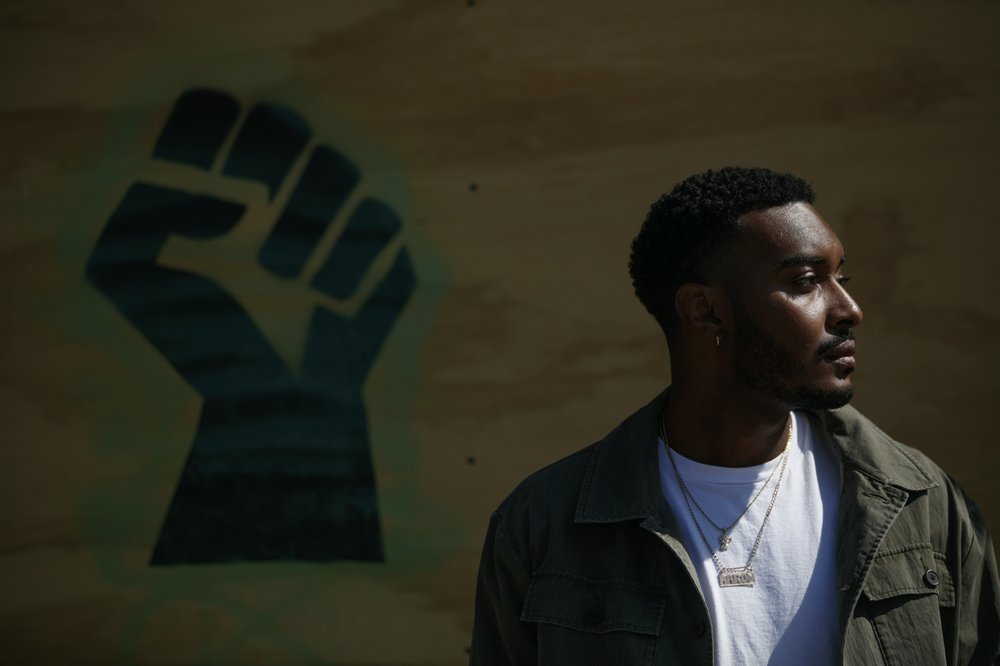 Photographer Aaron Requena in Los Angeles (AP Photo/Jae C. Hong)
“It hits close to home for me because I’ve had interactions with the police where I was just minding my business and had to wonder, ‘Is this going to end for me the way that a lot of these situations end?’” asked Requena, who is Black. “It hits close to home because you know that it could be you next.”

Nasir is a member of the AP’s Race and Ethnicity team. Follow Nasir on Twitter at https://twitter.com/noreensnasir.