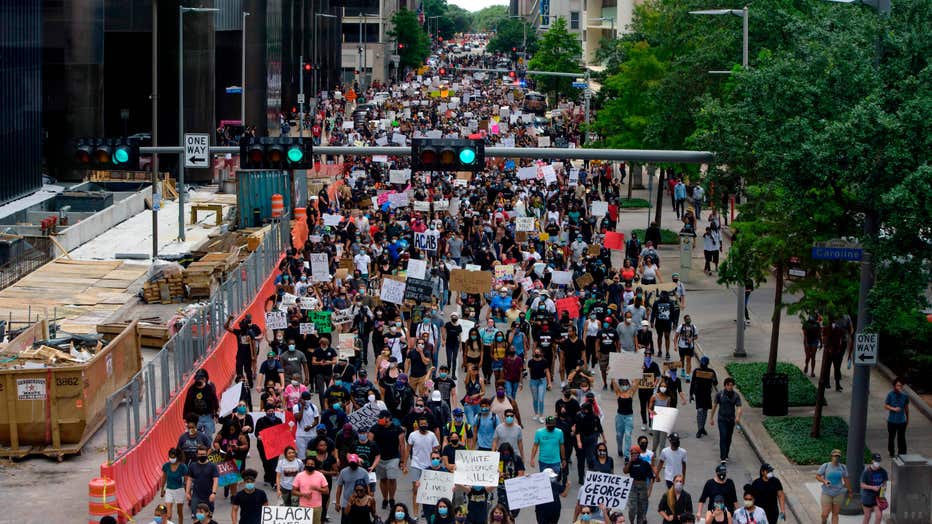 Houston rappers Bun B and Trae Tha Truth organized a march on Tuesday and told the crowd it would be peaceful.

After asking the crowd of several thousand to look for anybody who could cause trouble, Bun B then led them on a chant. He said “What’s his name?” and the crowd replied, “George Floyd.”

The crowd later got down on one knee and was silent for 30 seconds.

Among those participating was a group of about 60 people on horseback from a riding club in Houston. 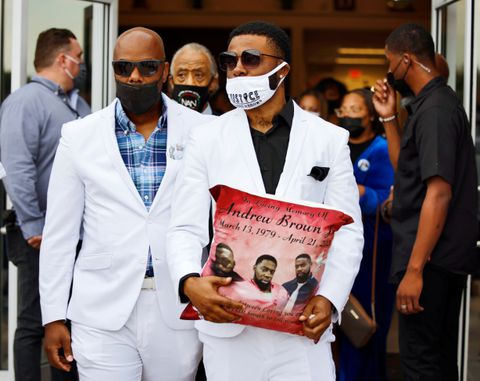 Family of Andrew Brown Jr. Killed by North Carolina Police to Get $3M